The Japanese Formula 3 Championship has turned into the latter half of the season.
ThreeBond Racing’s Ukyo Sasahara made a lot of brilliant overtaking and impressed thousands of spectators at Twin Ring Motegi.
Qualifying was far from satisfactory again and what is even worse, Ukyo couldn’t finish round 10 final due to a mechanical issue which costed him to start from the tail end in round 12.
From unexpected starting positions, Ukyo pushed hard in round 11 and 12 finals and overtook his rivals one by one, despite Twin Ring Motegi is regarded as a difficult track to make overtaking.
We are sure that he will show us strong race again in the next round in Okayama.

Here is the report from Ukyo.

I left Motegi with a bit of positive feelings after having solid fights that might have made the fans a little excited…
Qualifying  was a disaster again, having had a difficulty to adjust to the track condition with new tires.
Started P7, I recorded only a single lap in round 10 due to a trouble with the clutch.
I decided to drive flat out on Sunday for round 11 and 12 as I had nothing to lose.
From P9 start in round 11, I felt pretty strong against other drivers and succeeded to make myself up to P4, only 0.2 sec behind the 3rd driver in the end.
Starting P16 would never be easy especially at Motegi, but I didn’t stop pushing till the end and finished P7.
Things didn’t go as planned again, but we have to take encouragement from our pace and the fact that I made the most overtaking this weekend.
Onto the next round in Okayama again, thankfully it’s not too long to wait!
I would like to thank ThreeBond Racing for the hard work as always, and also thank the fans who came over long way to Motegi.
Thank you very much for supporting me. 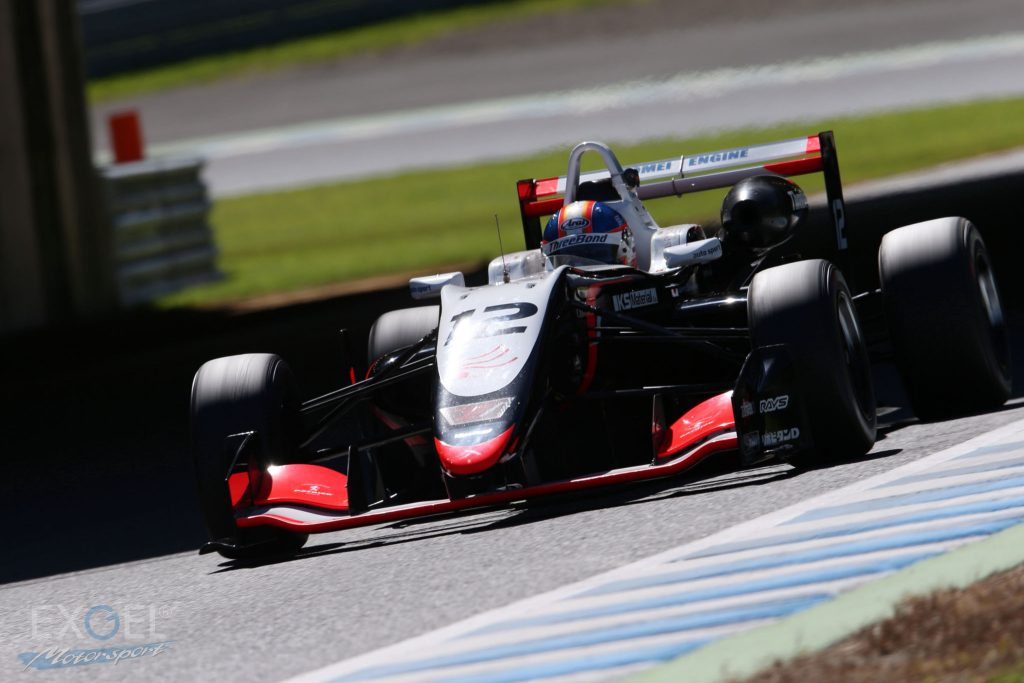 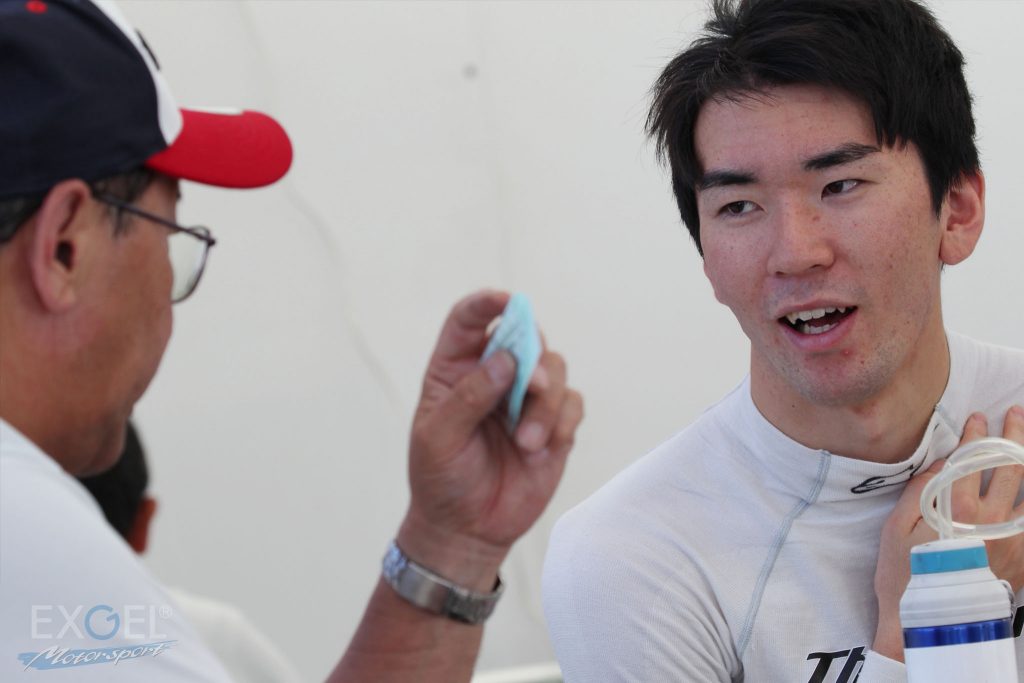 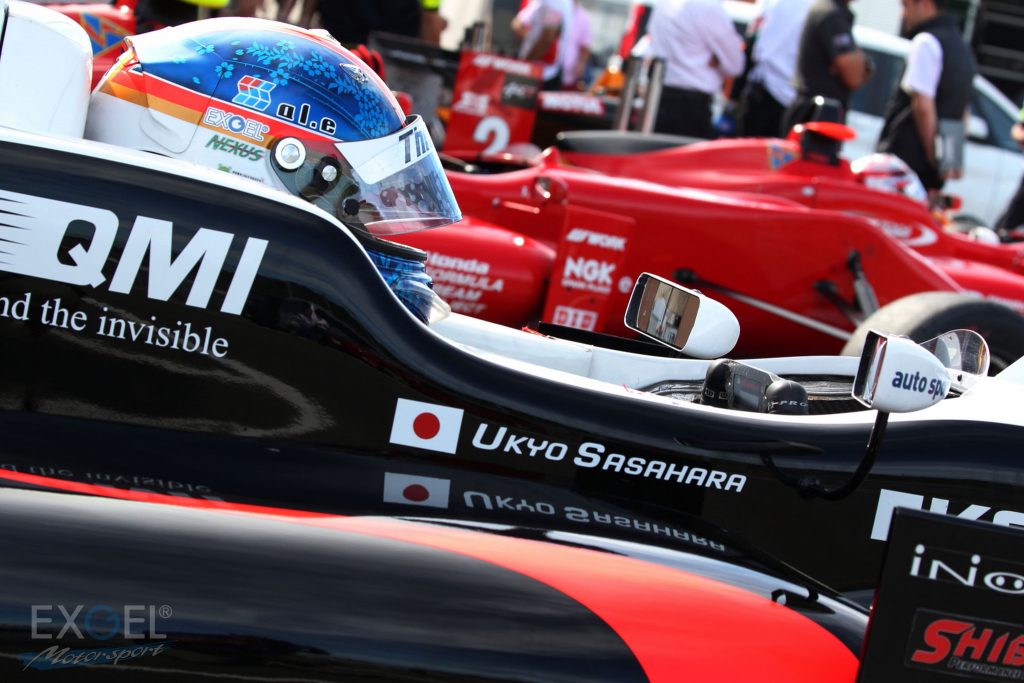 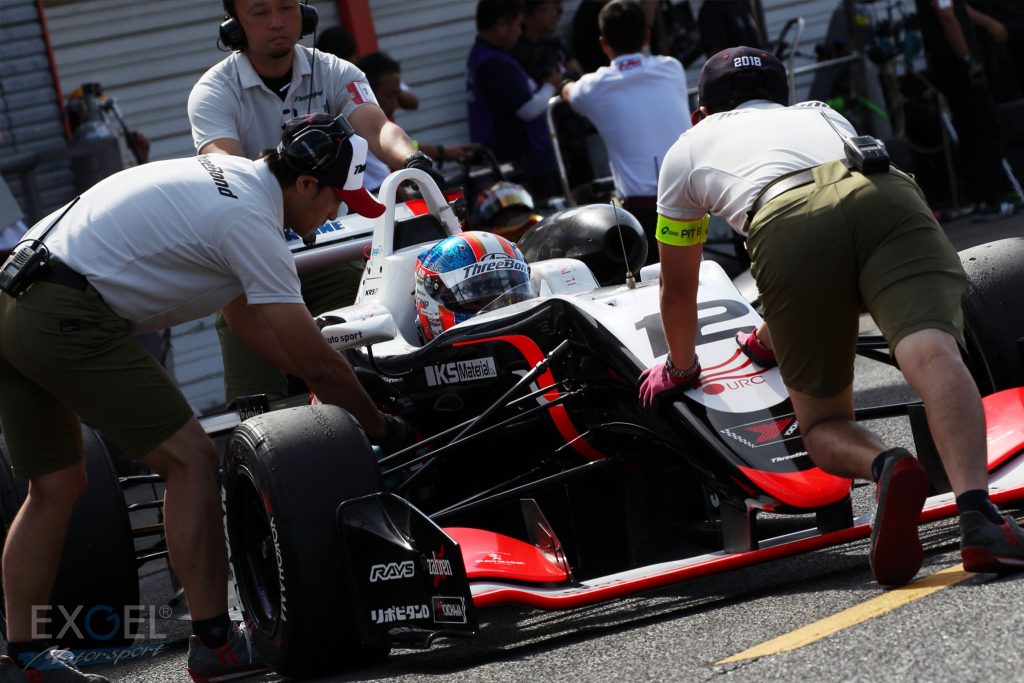 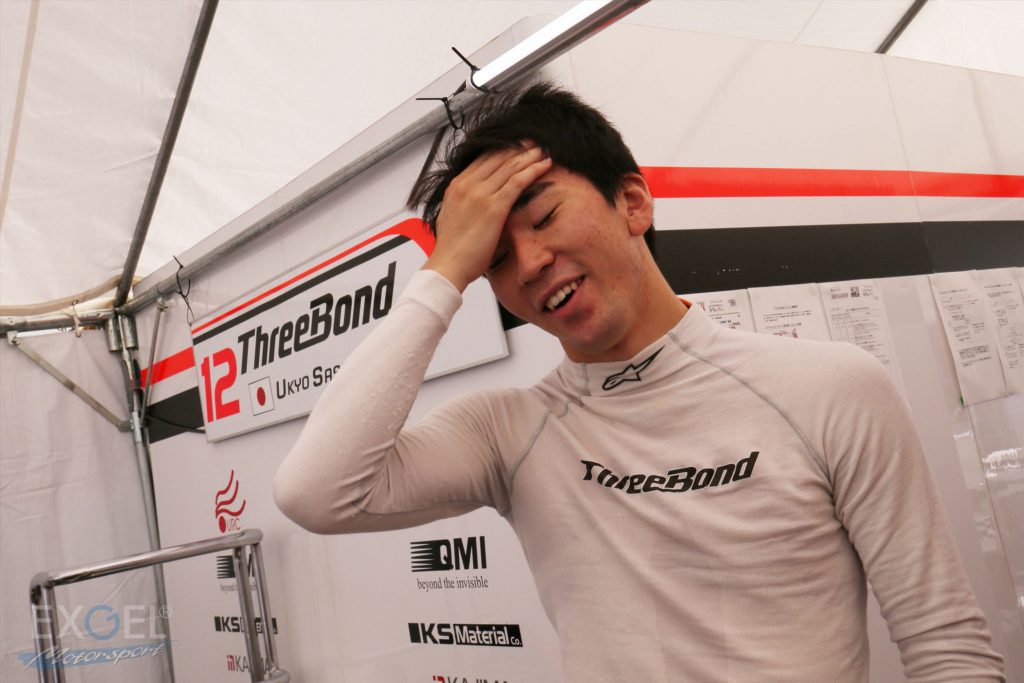 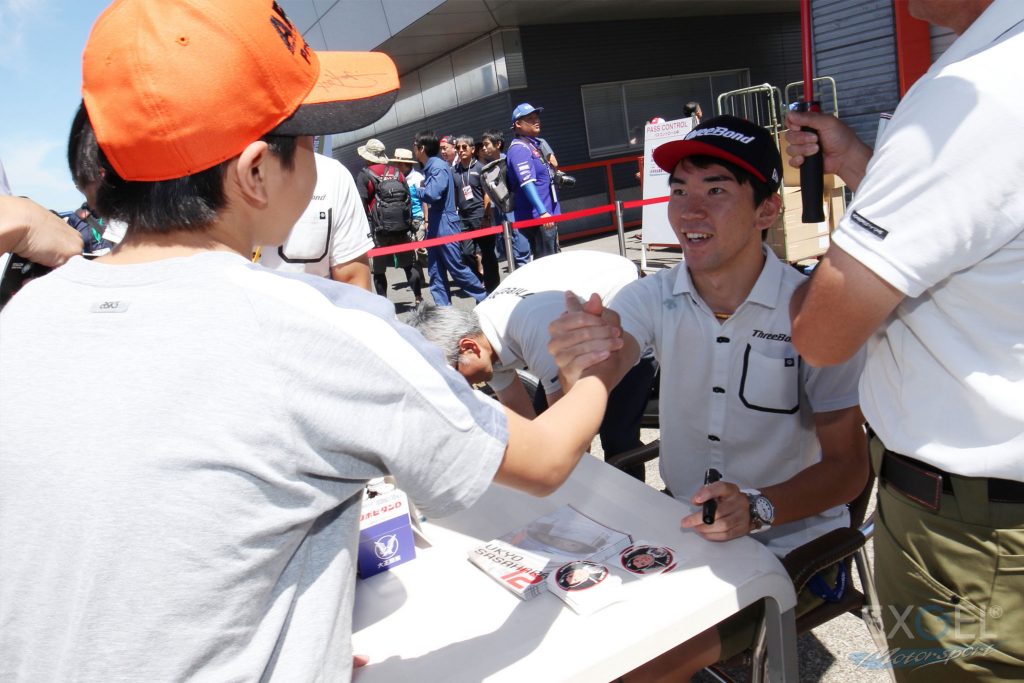 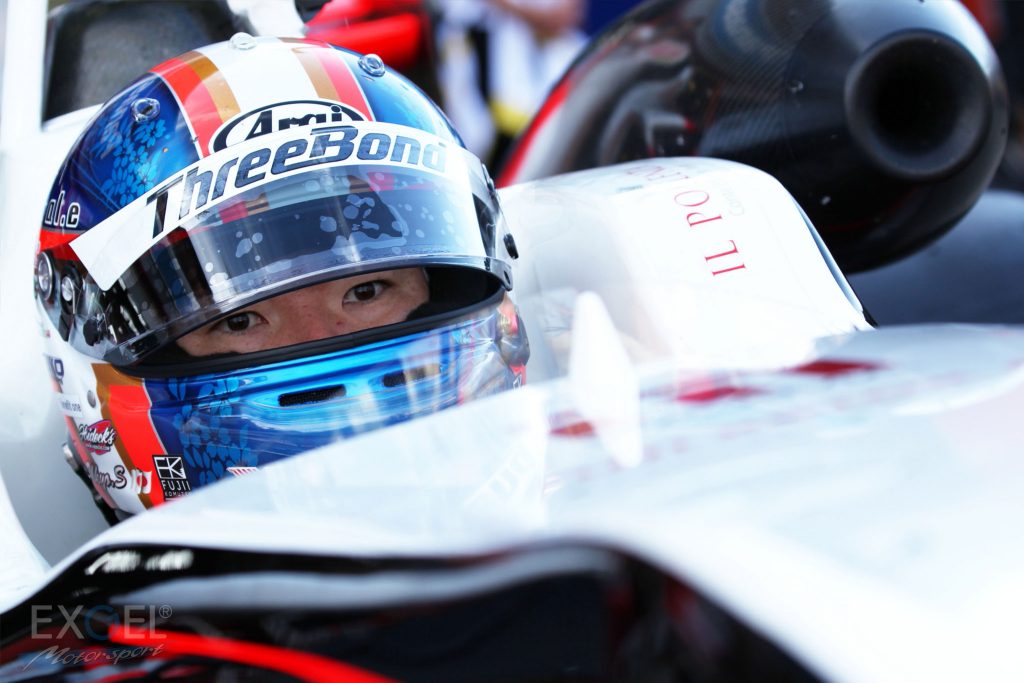 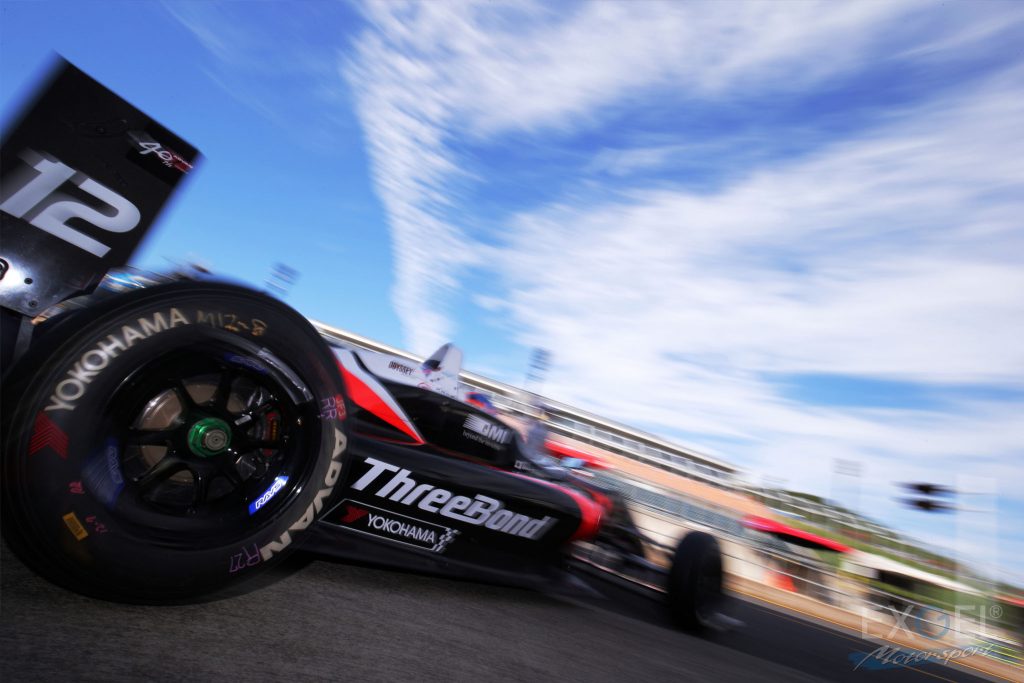 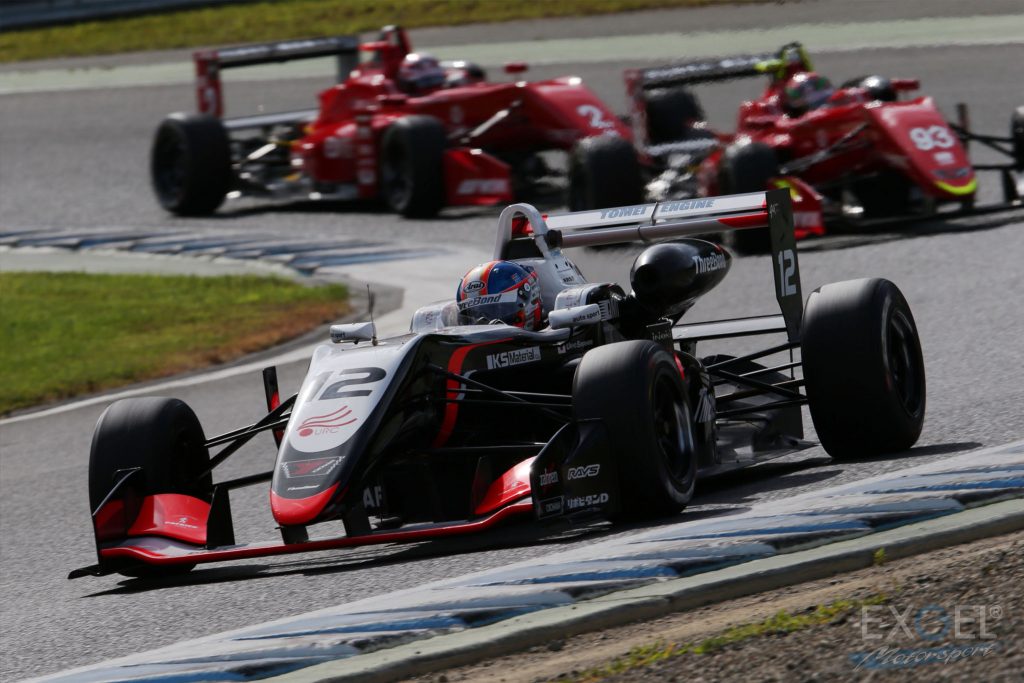 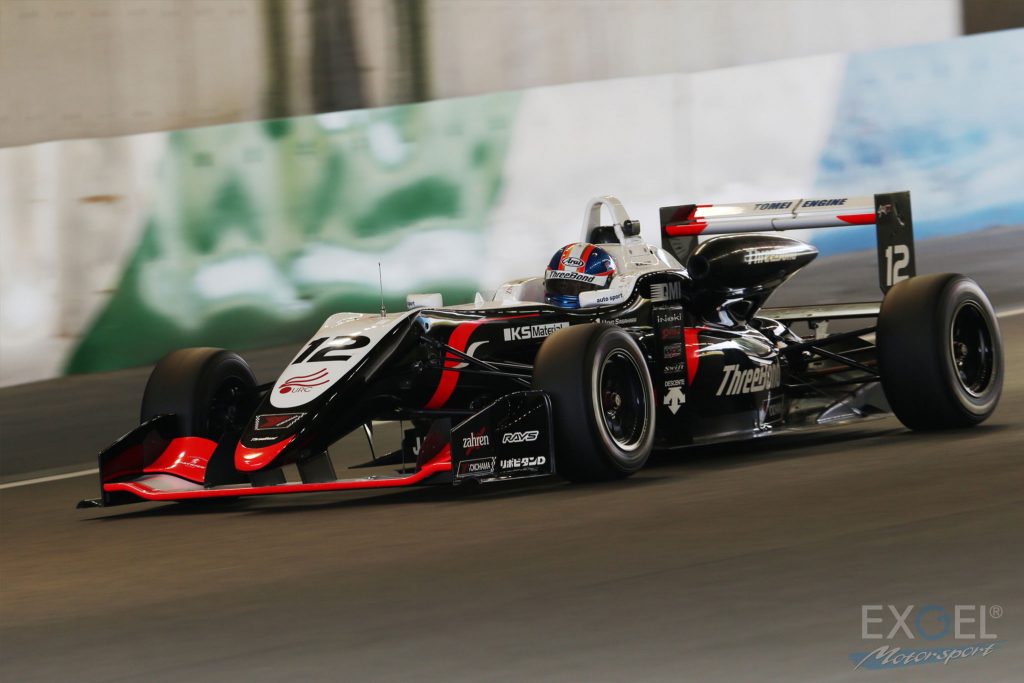