Ukyo Sasahara achieved 4 consecutive podium finishes, three times in third place and once in second in The Japanese Formula 3 Championship at Sportsland SUGO.
By getting big points here, Ukyo moved up to third place in the series title, remaining only one round in Fuji.
This weekend total four races have been held in two days, quite irregular schedule due to the postponed race from the previous Okayama round.
ThreeBond Racing’s Ukyo Sasahara kept competitive pace from the free practice sessions, close to the top two both on dry and wet track.
Although the series champion and the second have been ceded before the final round, we hope Ukyo will do his best job there and defend his third place firmly.

I had decent pace from the first session and I was expecting I could perform extremely well especially on wet.
Qualifying had always been challenging for us before this round at SUGO, but we were able to make much progress here.
In round 15, I recovered my position steadily to 3rd after a bit unsuccessful start. Not bad start in round 16, however I couldn’t close the gap between the top 2. Ending up with 3rd was frustrating again.
Round 17 and 9 were took place on a full-wet condition, which made me determine to grab the top place because I’m really confident on wet races.
I moved up to 2nd at the start of round 17 and pushed hard to overtake the top car, but my pace was not enough and kept 2nd until the end.
I pushed again all through round 9, but my pace was not stable somehow and didn’t have the chance to catch the top 2.
I can’t say it was my best weekend since I was really craving for a win, but the team has made a great step forward considering that we only got 5th place in the previous round at SUGO.
Although the series champion has gone to my rival, I should be happy with the big points I got here doing our very best.
This could never been done without the efforts by ThreeBond Racing. Also I really appreciate the fans who came to SUGO despite the bad weather.
The next round is the final stage.
I would like to wrap up this season with a victory. 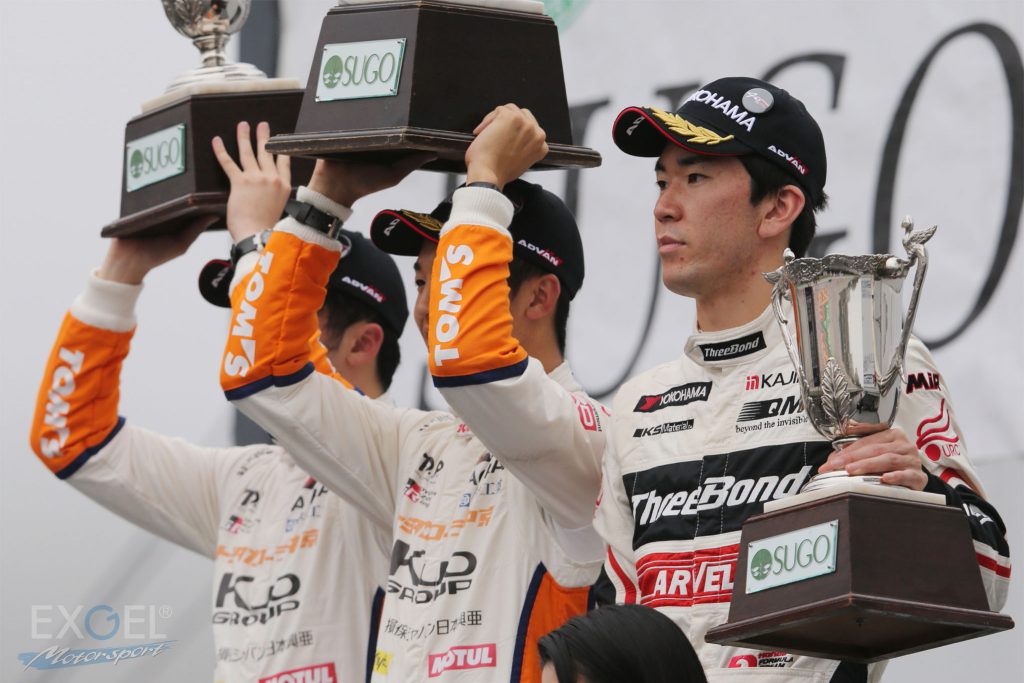 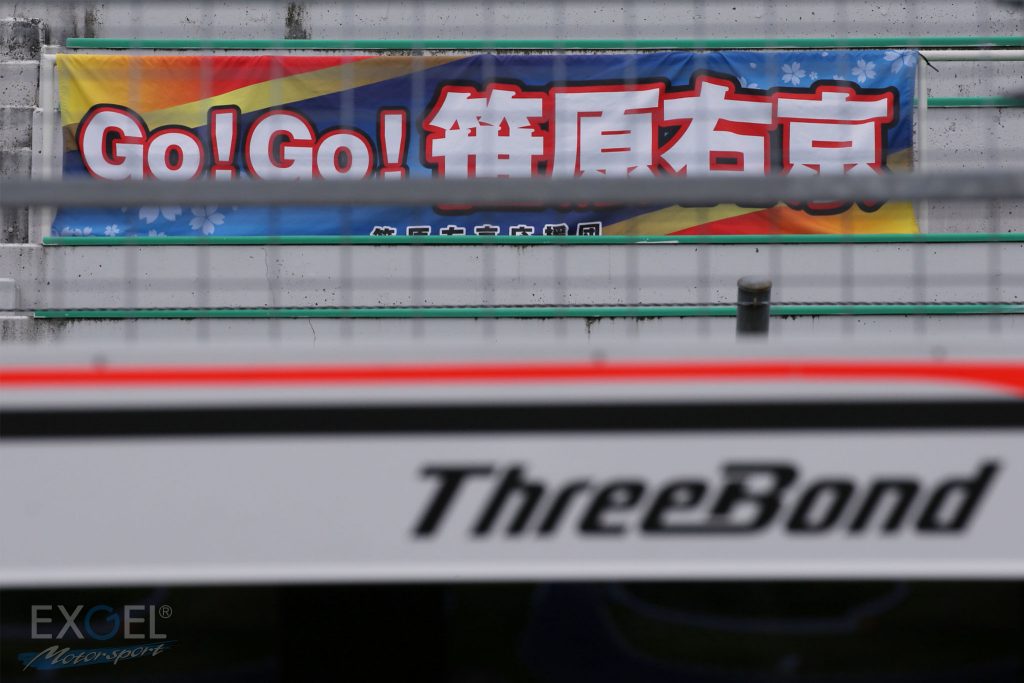 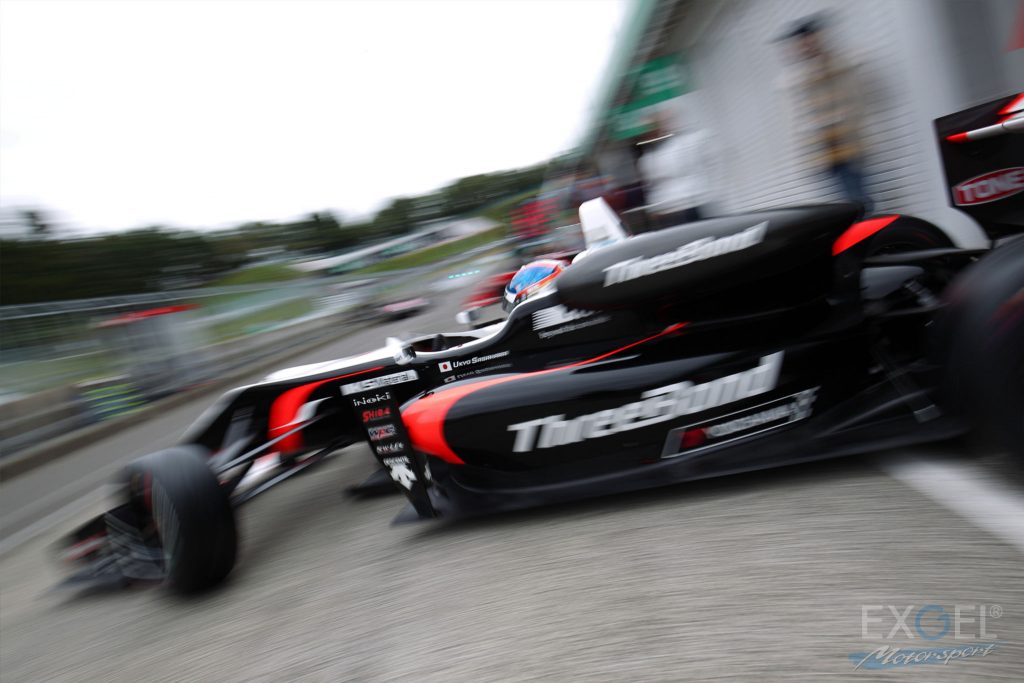 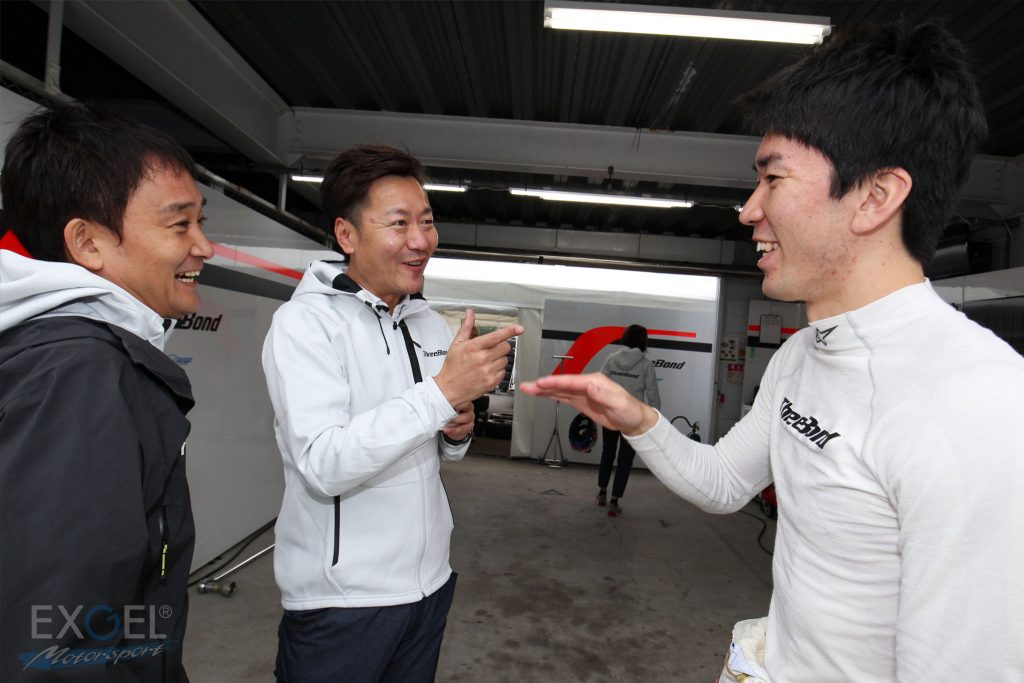 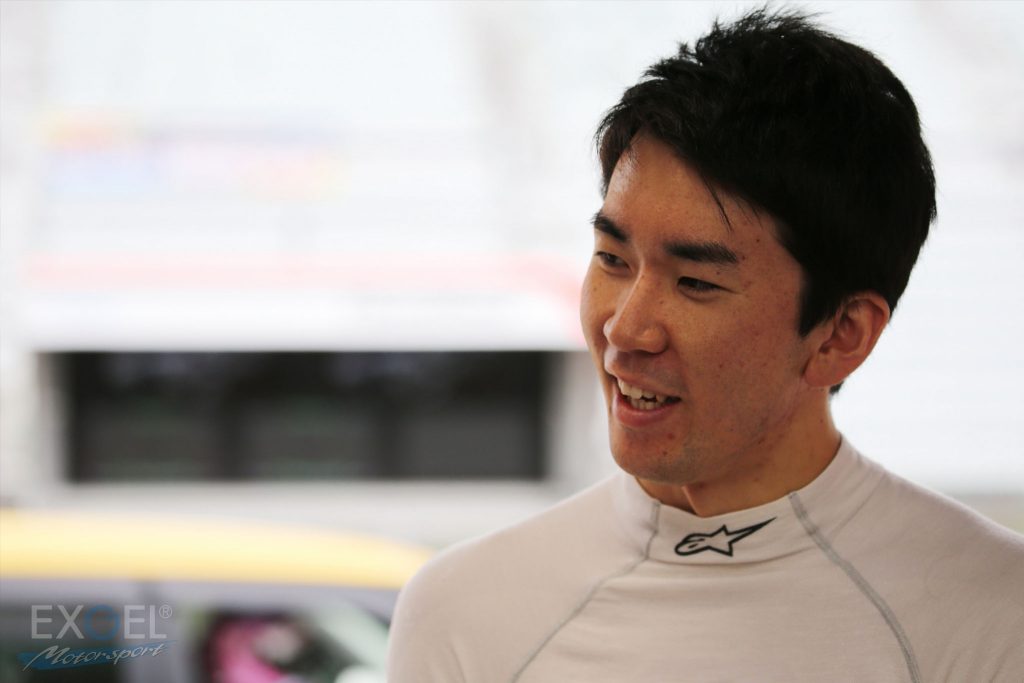 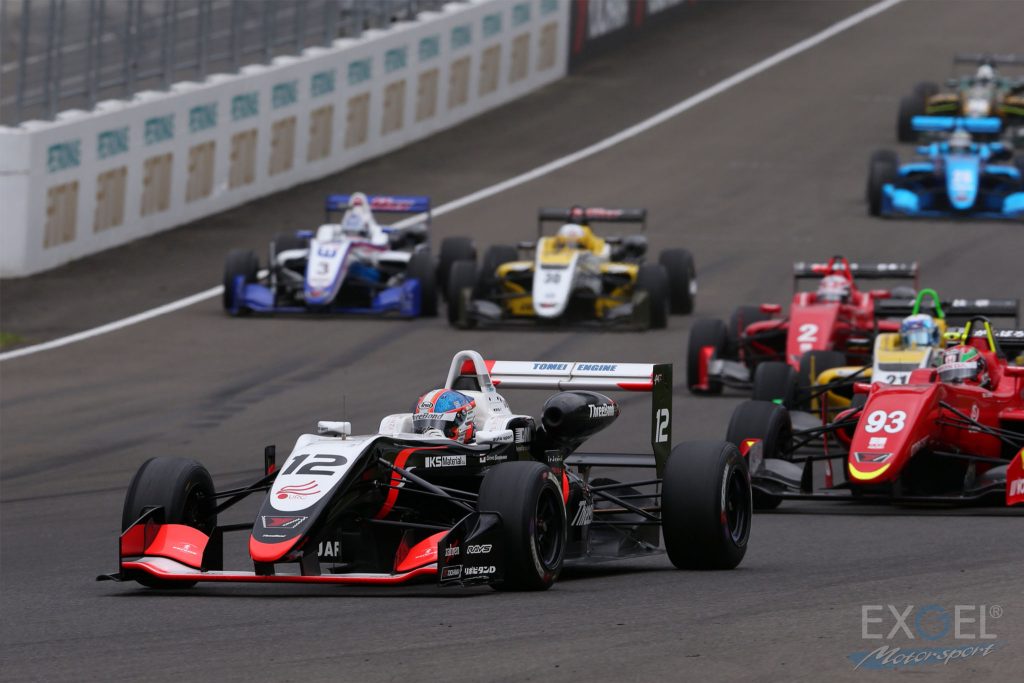 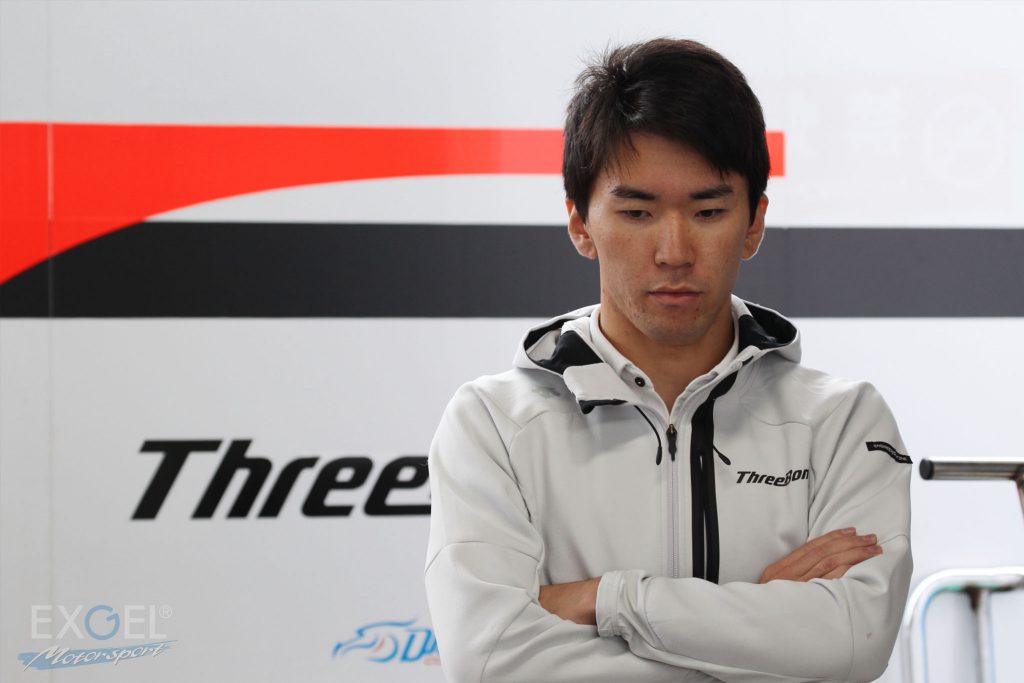 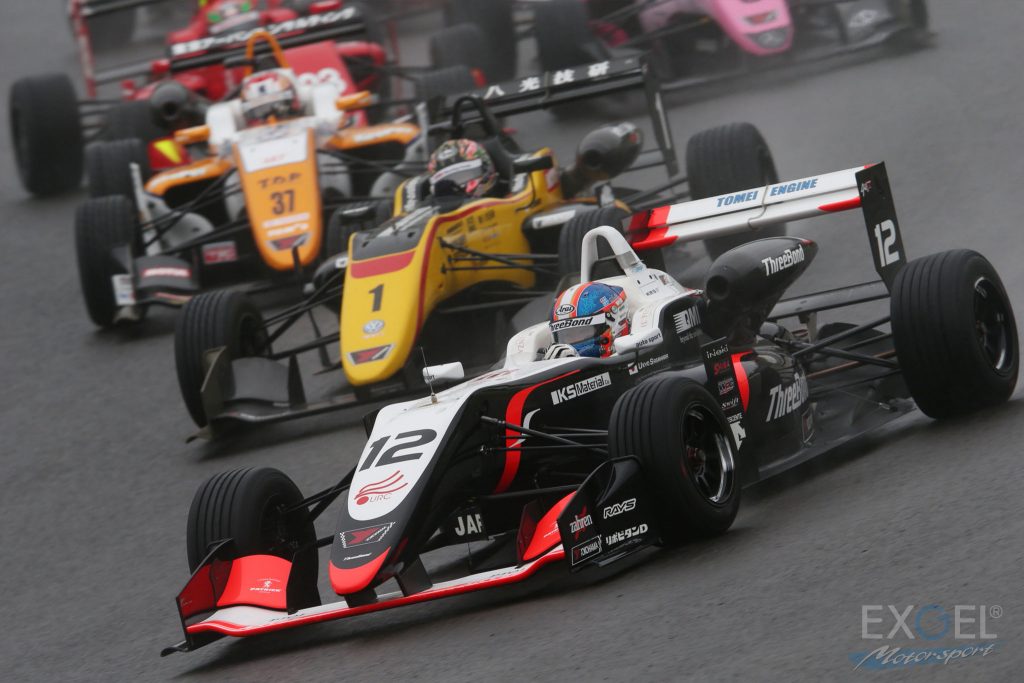 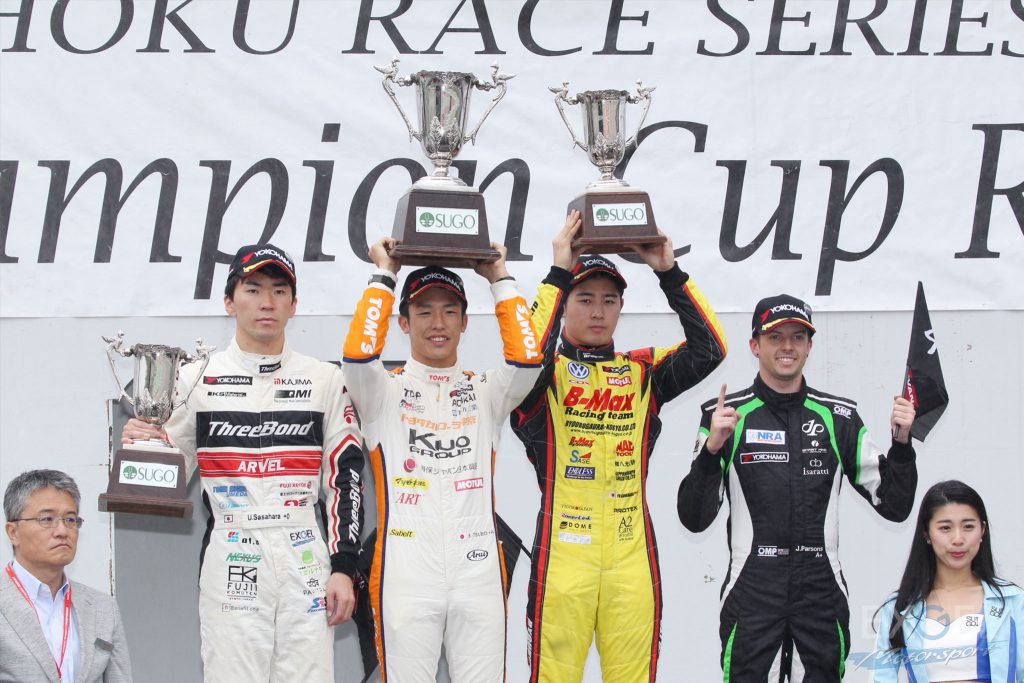