Reports from 3 drivers supported by EXGEL Motorsport.
Despite Ren Sato was under a lot of pressure to defend his title, he managed to secure 4th in round 9 and 2nd in round 10, and crowned series champion 2 years in a row. Obviously his first experience in the 2018 CIK-FIA World Championship made him even stronger to accomplish this remarkable achievement.
Sotaro Mimura was also the one of the drivers who could have won the title. 3rd podium in round 9 and 9th finish in round 10 were not enough to catch Ren Sato, but his contributions were indispensable for the first title by the YOKOHAMA tire users.
Even though Shunsuke Minagi showed his speed in time trial again, he lost the grip drastically in the final heats and ended up with 16th in round 9 and 14th in round 10. This season has been difficult for the rookie, but he has made a great progress as a driver.
The Japanese Karting Championship 2018 has come to an end at Suzuka.
Thank you very much for supporting the drivers sponsored by EXGEL Motorsport.

#1 Ren Sato
Time Trial: P6
Round 9 – Qualifying: P7, Final: P4
Round 10 – Qualifying: P3, Final: P2
Report:
I was a bit behind in time trial, but secured 6th position in total.
In round 9 qualifying, I didn’t have the pace to keep the position in the beginning, and finished 7th managing the tires carefully.
I got hit from behind in the start of round 10 final and dropped to 16th, but I managed my pace and overtook on by one, then finished 4th.
After the heat, I and Sotaro Mimura were the only drivers who could reach the title, which meant that YOKOHAMA Tire crowned the series title for the first time.
In round 10 qualifying, I struggled again in the beginning, but I pushed and finished 3rd position and finally I won the series title.
In the final heat, the top 4 had better pace but I fought against them and took a lead.
I had enough margin in the final lap, but the driver behind me aggressively challenged me and grabbed my position.
The battle continued until the last corner, but I couldn’t overtake him again and finished 2nd.
It was one of the most frustrating race ever in my life, and felt sorry for YOKOHAMA who gave me competitive tires.
However I should be positive that YOKOHAMA achieved the first series title, and also proud that I contributed for it as a development driver for a year.
This experience will definitely mean a lot in my life as a racing driver.
I appreciate all the supports from my team, YOKOHAMA and all sponsors.
Thank you very much for supporting me, and I promise that I try hard to be more mature driver.

#7 Sotaro Mimura
Time Trial: P26
Round 9 – Qualifying: P15, Final: P3
Round 10 – Qualifying: P10, Final: P9
Report:
I came to Suzuka just to win the championship, however I had an engine issue in time trial that costed me to start from 26th position, the tail end in both races under such an important situation.
I pushed really hard in round 9 and took 3rd position, that made YOHOHAMA to be the champion tire manufacture. I still had a slim chance to be the champion in round 10, but it was very difficult to finish within 6th in qualifying heat because I had to overtake more than 20 drivers in only 12 laps.
I pushed to the limit again, but 10th position was the very best I could take and lost the chance to be the champion. Since the tires had lost grip from the battles in qualifying, I managed to take 9th position in final and my 2018 season ended with 4th position in the championship.
I’m totally disappointed that I couldn’t win the championship personally, but I should be happy with the achievement of YOKOHAMA as a development driver for 8 years. I’ve been dreaming of the moment.
I appreciate all the supports to make me fight through out the season. Thank you very much.

#43 Shunsuke Minagi
Time Trial: P8
Round 9 – Qualifying: P16, Final: P16
Round 10 – Qualifying: P14, Final: P14
Report:
I was expecting better results than the previous round in SUGO, where I scored good points.
But things didn’t go as expected and I couldn’t score any points.
Time trial was not bad, and I had decent pace in the beginning of the heats, but I lost grip sharply and dropped the positions.
I have learnt a lot and become more experienced driver. I would like to thank EXGEL, DUNLOP and everyone who gave me such a great opportunity.
Thank you very much for supporting me. 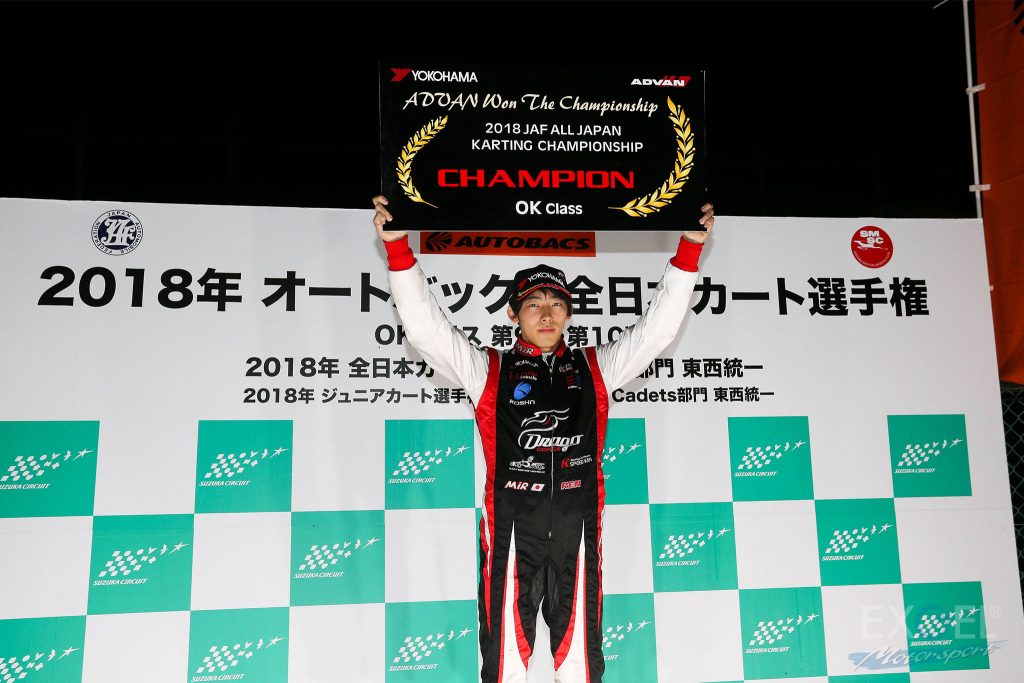 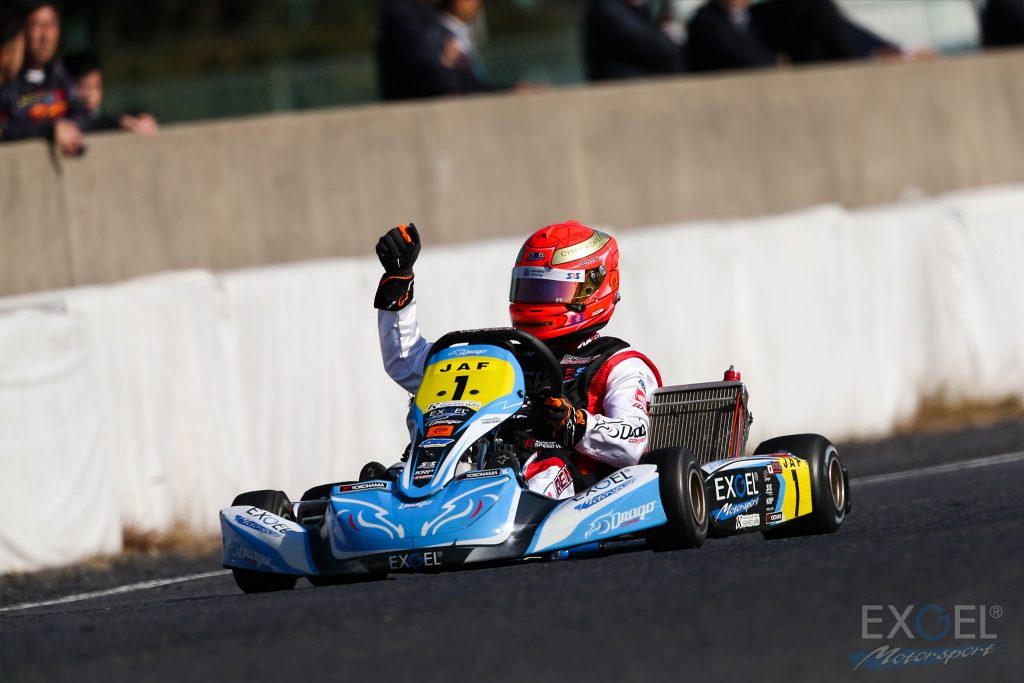 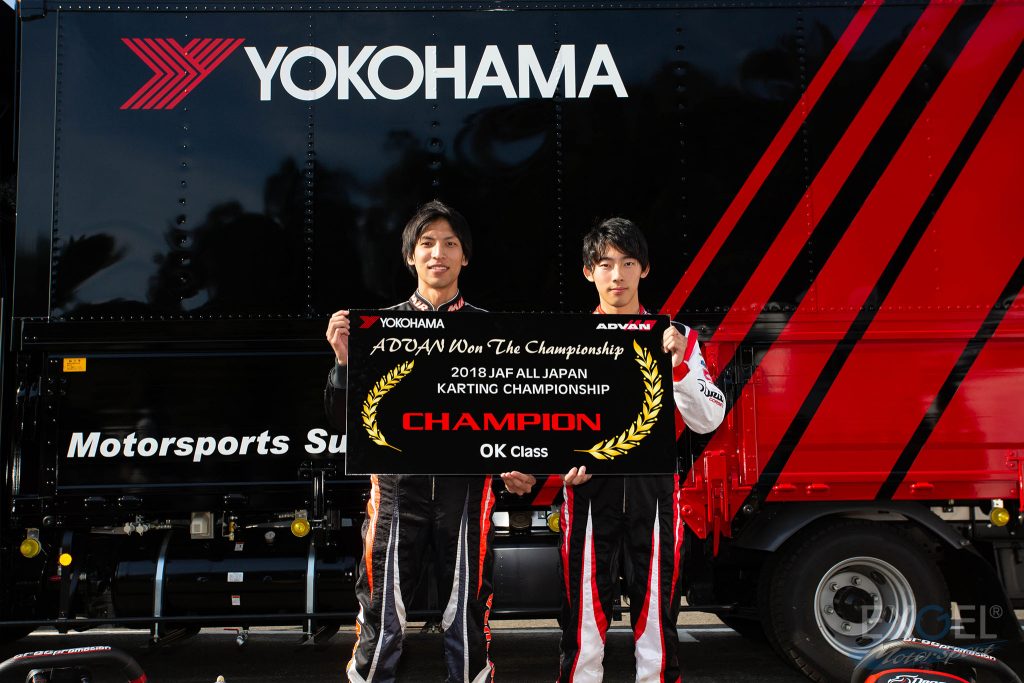 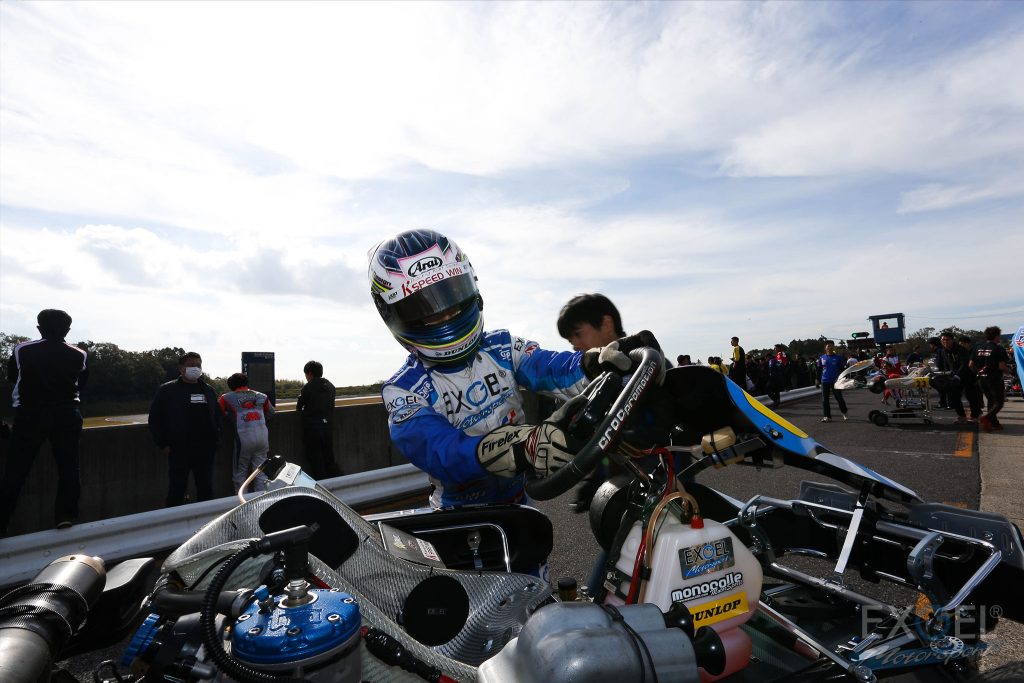 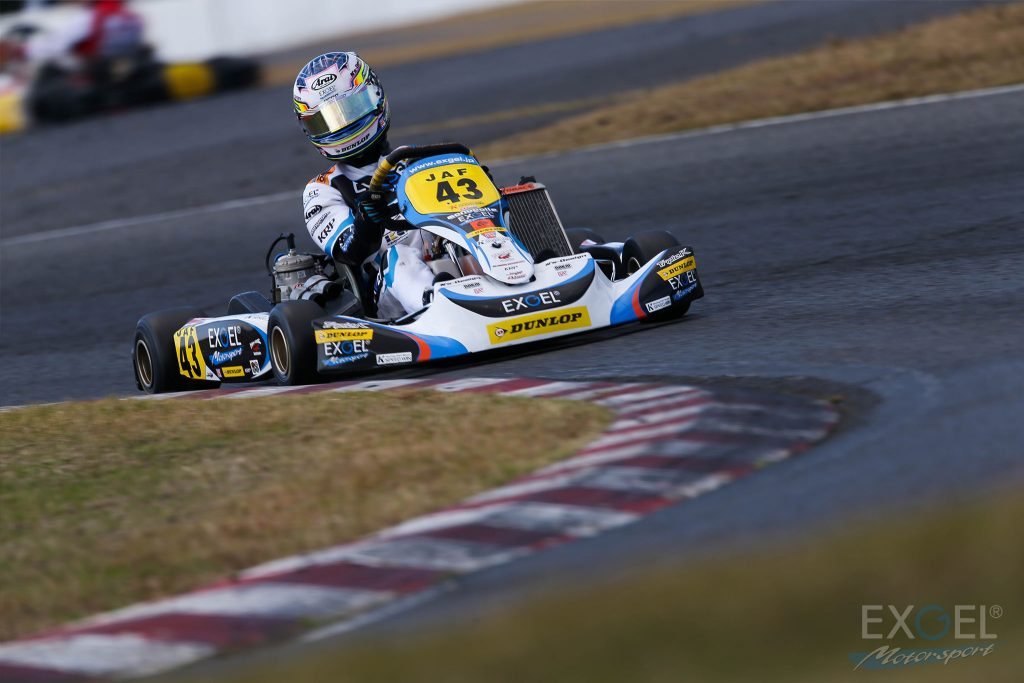 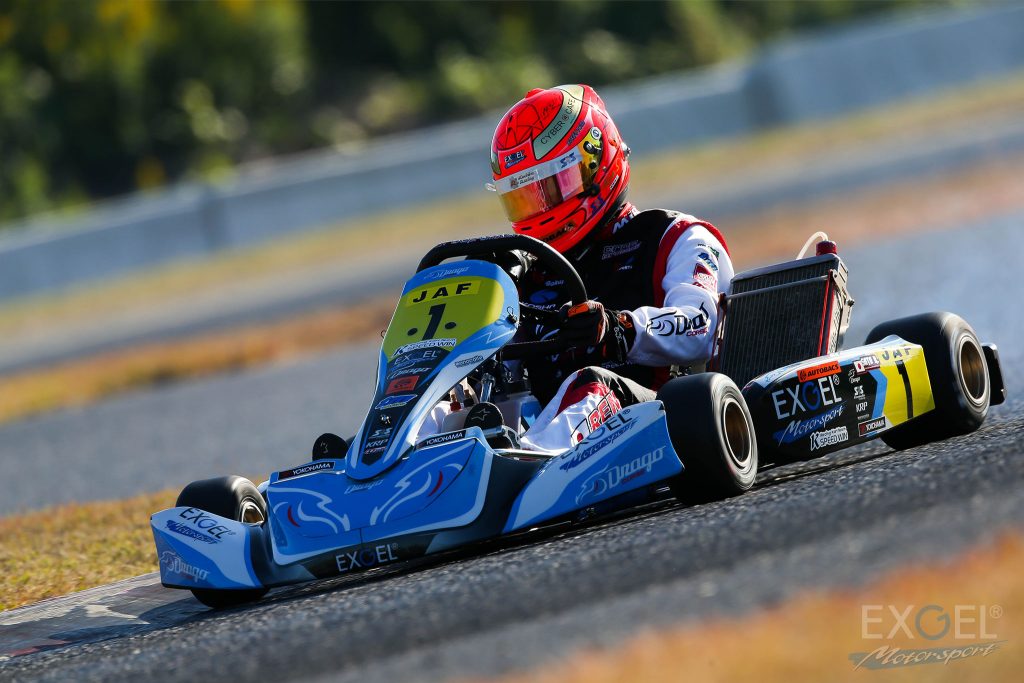 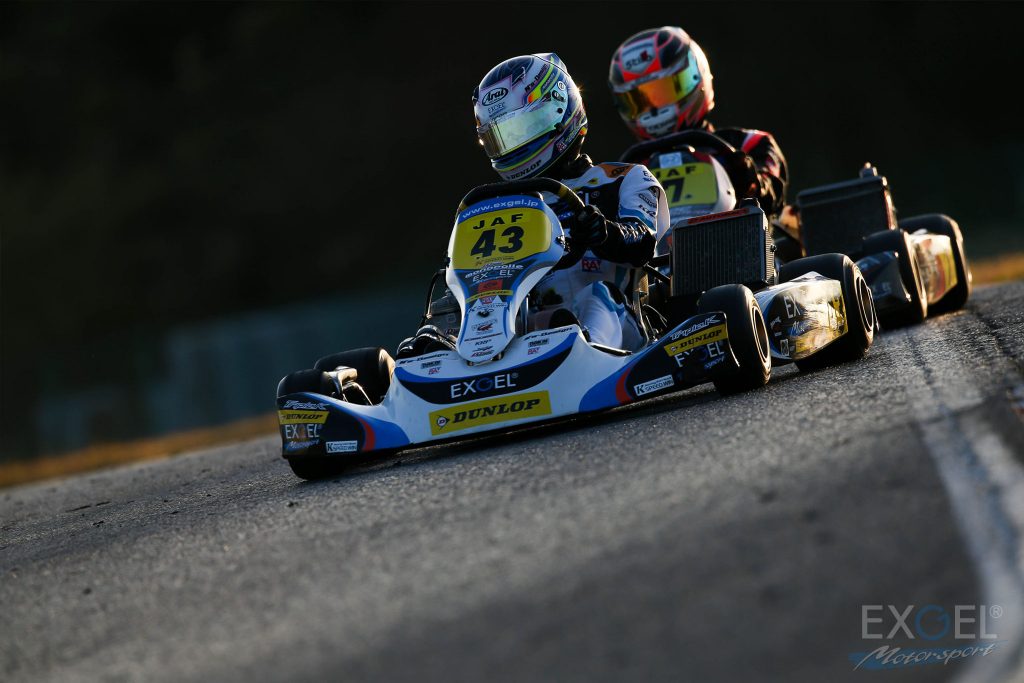 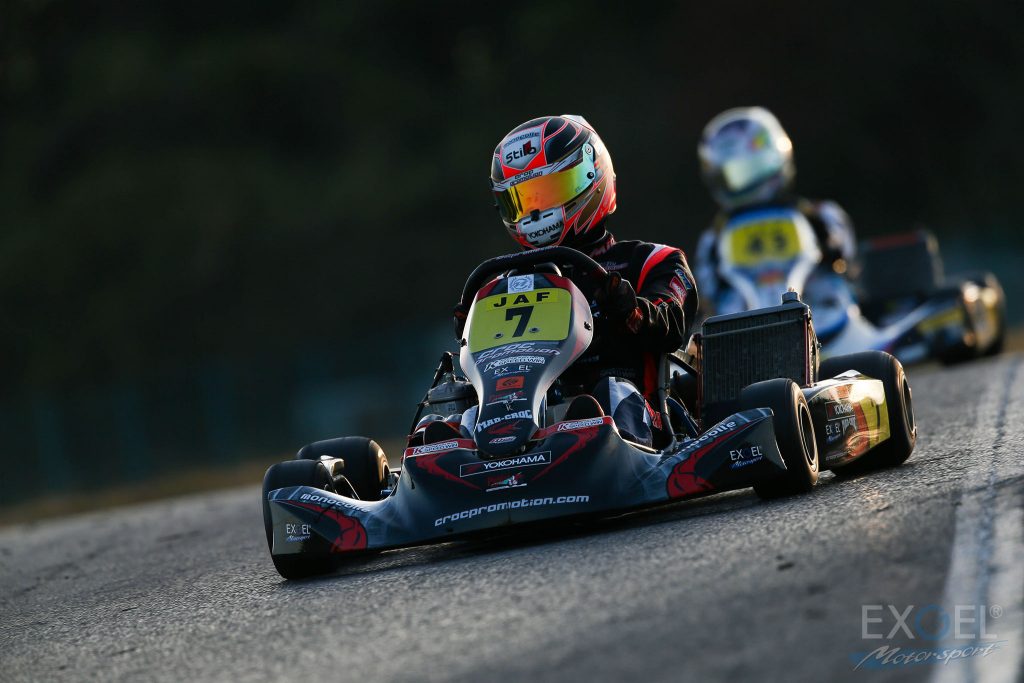 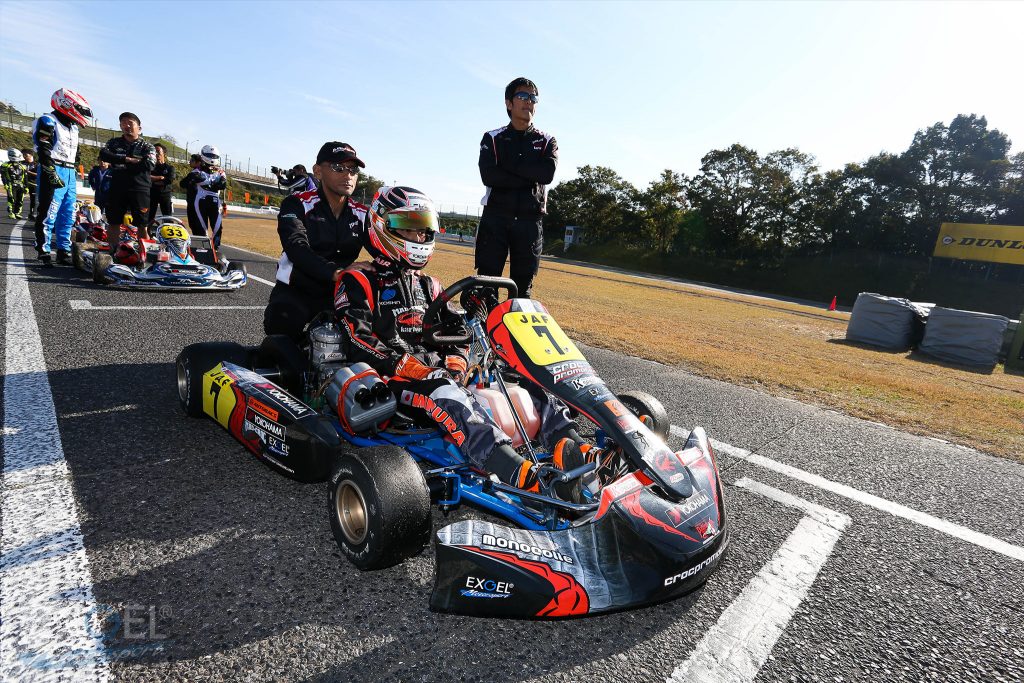 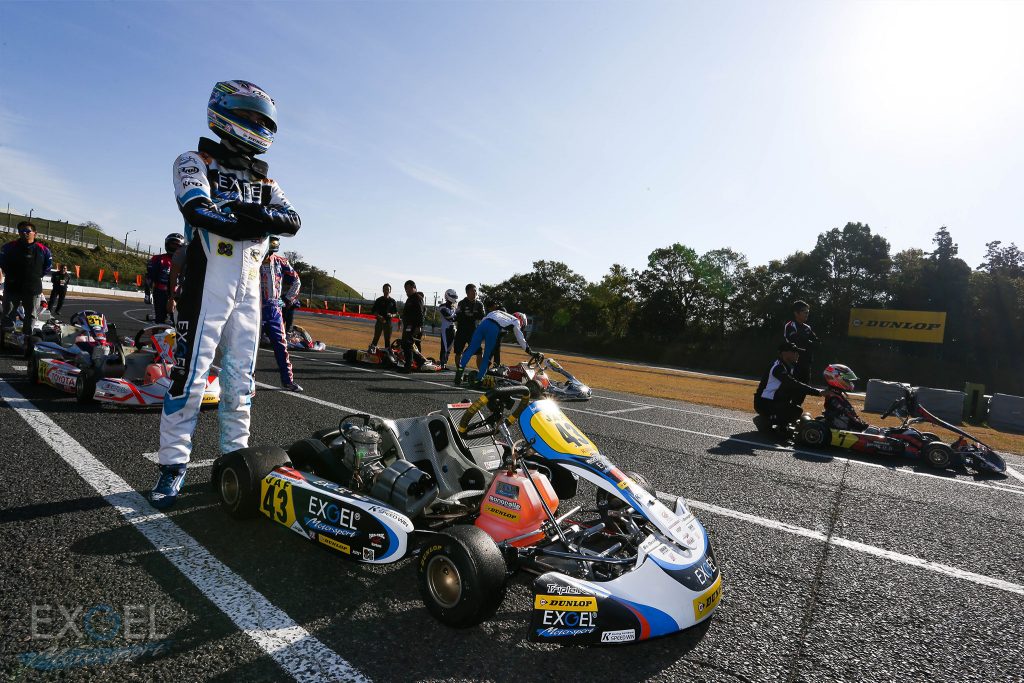 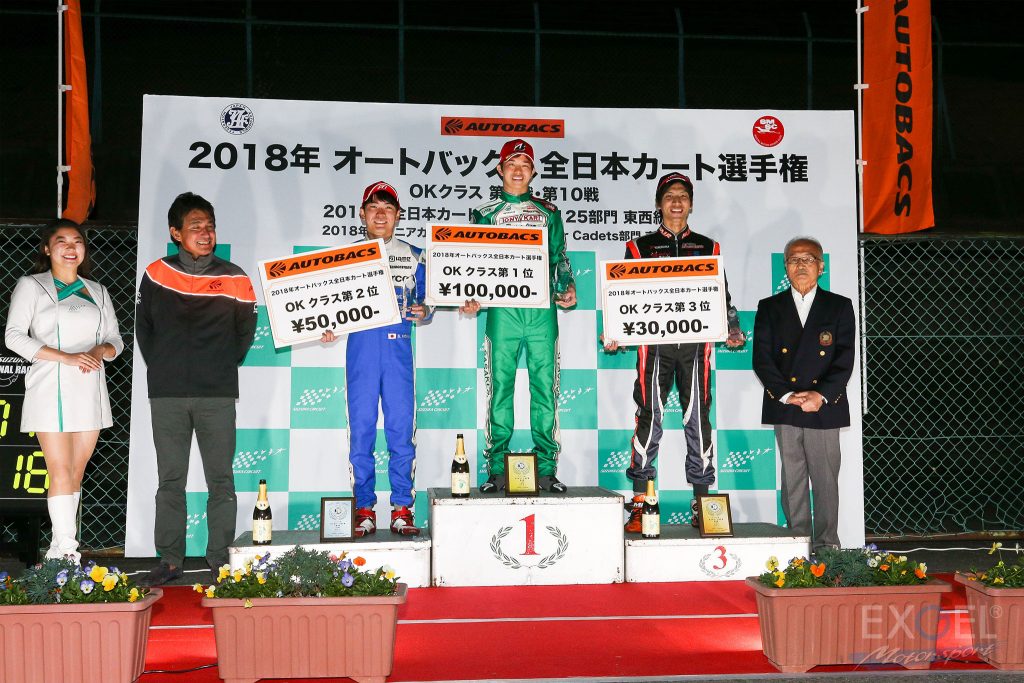 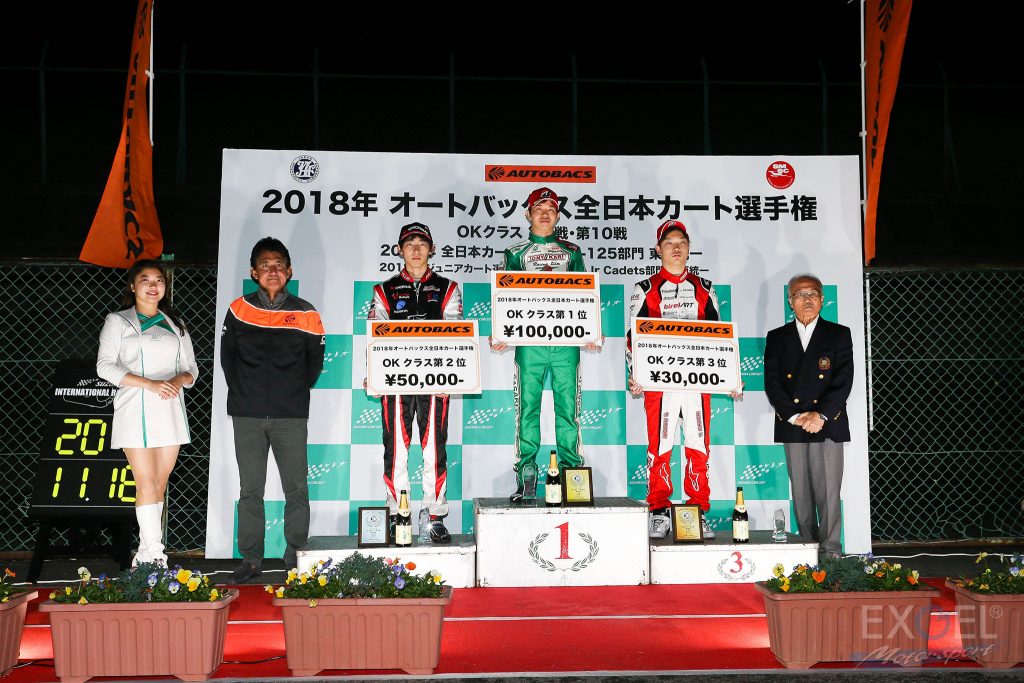