After the first career 3rd podium in the previous round at Motegi, EXGEL World Challenge 2020 driver Ryota Horachi participated in the 2nd round held at Honjo Circuit on August 8th – 9th.
Despite he had a huge crash and DNF in the qualifying heat, he recovered his position with brilliant performance in the final and achieved his first career win in the Japanese Karting Championship FS-125 East region.
Ryota moved up to the 2nd place in the points table and now aiming for the title.

Before the season started, I was aiming to win all races in the championship with full score in qualifying.
However I couldn’t win in the battle at Motegi in the previous round.
I was highly motivated to win in the 2nd round at Honjo.
P2 in the qualifying practice and I had good pace in the qualifying heat too, but I pushed a bit too hard and made a crash with my teammate.
I failed to score any point in the qualifying heat and felt sorry for the team.
Starting P17 in the final meant there were nothing to lose.
I made a good start and jumped up to 9th position in the first lap, and I kept pushing until the final lap.
I finished in the 2nd place in the final, then the 1st place driver got penalized, I got P1 as a result.
I had a mixed emotions because I didn’t finished the race in the 1st place, but I should be happy with my first win.
Huge thanks to my team for the hard work, my win belongs to everyone in the team.
I will do my best to complete both qualifying and final in P1 in the next round at Moraba, trying to improve my driving. 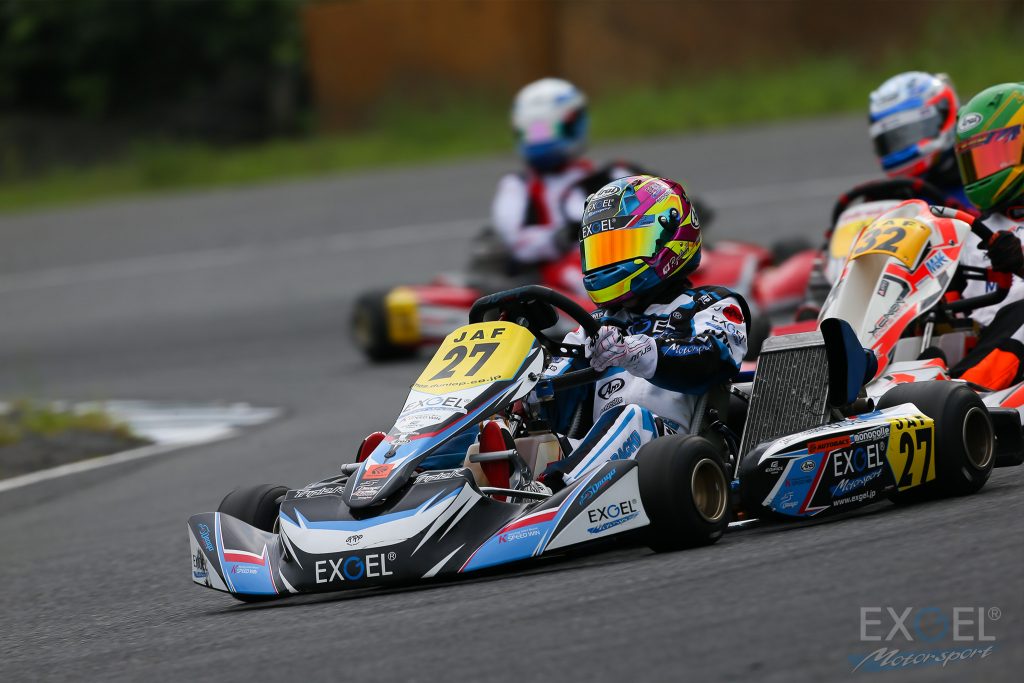