After one-month break from the season opener of 2020 season, SUPER FORMULA Series was headed to Okayama International Circuit for the second round of the championship.
Great news was that Ukyo Sasahara, who had joined TEAM MUGEN in the previous round as a replacement for Juri Vips, was given an opportunity again for the same seat.
Qualifying session got underway unexpectedly, eliminating DOCOMO TEAM DANDELION RACING’s Nirei Fukuzumi in Q1 with 16th position. TEAM MUGEN’s Ukyo Sasahara managed to advance to Q2 again, securing 13th position for the race.
The race started with full of events. Ukyo Sasahara got a mechanical issue in the formation lap and was forced to start from the pit lane. Nirei Fukuzumi encountered a contact in the chaotic 1st corner’s incident right after the start, which made him struggle with pace.
Ukyo Sasahara completed his job with strong pace, finishing the race in 13th position. With an effective strategy, Nirei Fukuzumi secured 8th position despite an issue with the car, scoring precious points again for the championship.
The next round of SUPER FORMULA takes place at Sportsland SUGO
We look forward to great performances of the two drivers supported by EXGEL Motorsport. 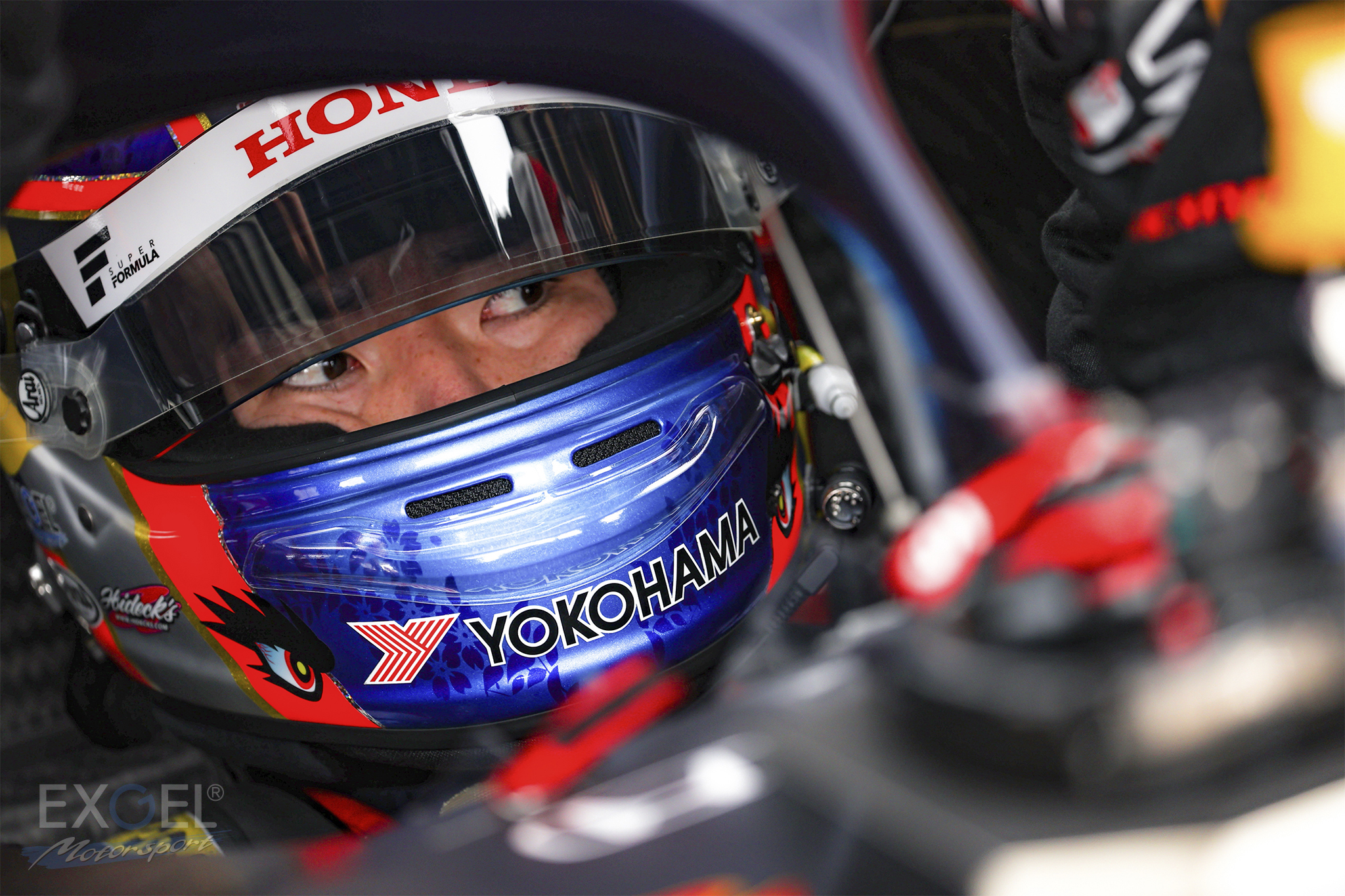 First, I would like express my gratitude to everyone involved for giving me the opportunity again to drive the No.15 car for TEAM MUGEN.
Reflecting on the previous round at Motegi, I repeatedly had meetings with the team to prepare for the Okayama round.
Despite a good start of the weekend, we began to struggle as the condition changed. As a result, my Q1 attack was pretty difficult, but I somehow managed to advance to Q2 once again.
Unfortunately, I had a gearbox issue before the race and I was forced to start from the pitlane. Thanks to the great effort by the team to fix the car quickly, I was able to deliver the car to the checkered flag and succeeded to gather precious data. Needless to say, it was a great experience for me.
It was not the weekend we had hoped for, and I’m not sure if I will be able to drive the car again in the next round, but if I get a chance for the next one at SUGO, I will dedicate myself for the team again utilizing the data and my experiences from the full laps in the last 2 rounds.
Huge thanks again to my sponsors and fans who always support me for cheering me up at the circuit or through monitors.
I really appreciate it! 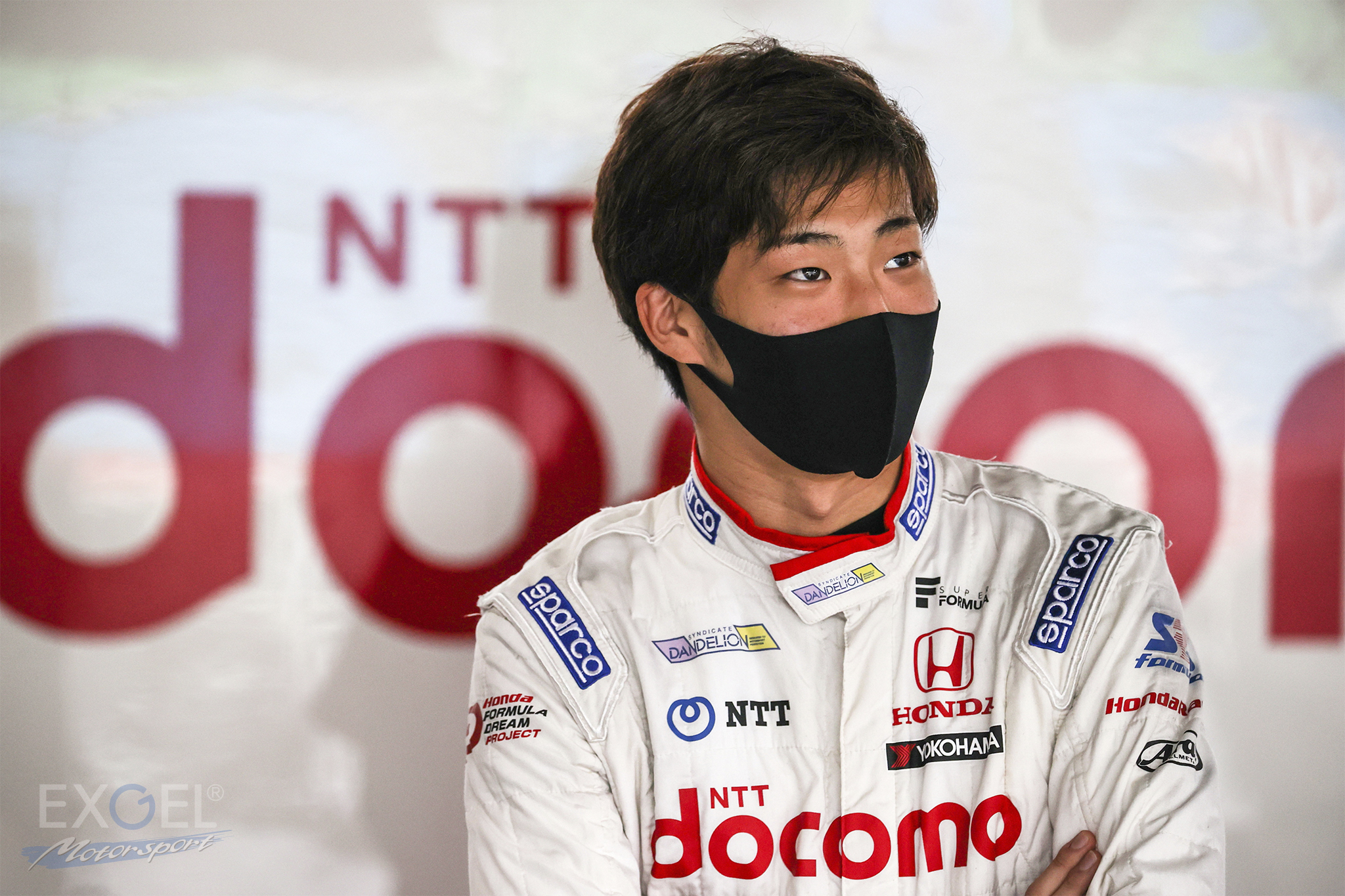 SUPER FORMULA round 2 was held at Okayama International Circuit.
We had 2 sessions of free practice on Saturday for 2 hours in total. We tried some set-up changes comparing with the last year’s condition.
In qualifying, I made a mistake and was not able to advance to Q2 with 16th place.
I discussed about our race strategy with the engineer, considering mandatory tire change.
There was a chaotic incident at the first corner in the opening lap. I managed to escape from a crash although I had a contact from behind. Thanks to our race strategy, I was able to finish in 8th position despite the damage I got from the incident. It was not easy to defend my position without enough pace, so I’m happy with the result scoring some points again.
I will do my best in the next round at SUGO, where the team is always strong.
Thank you for your support. 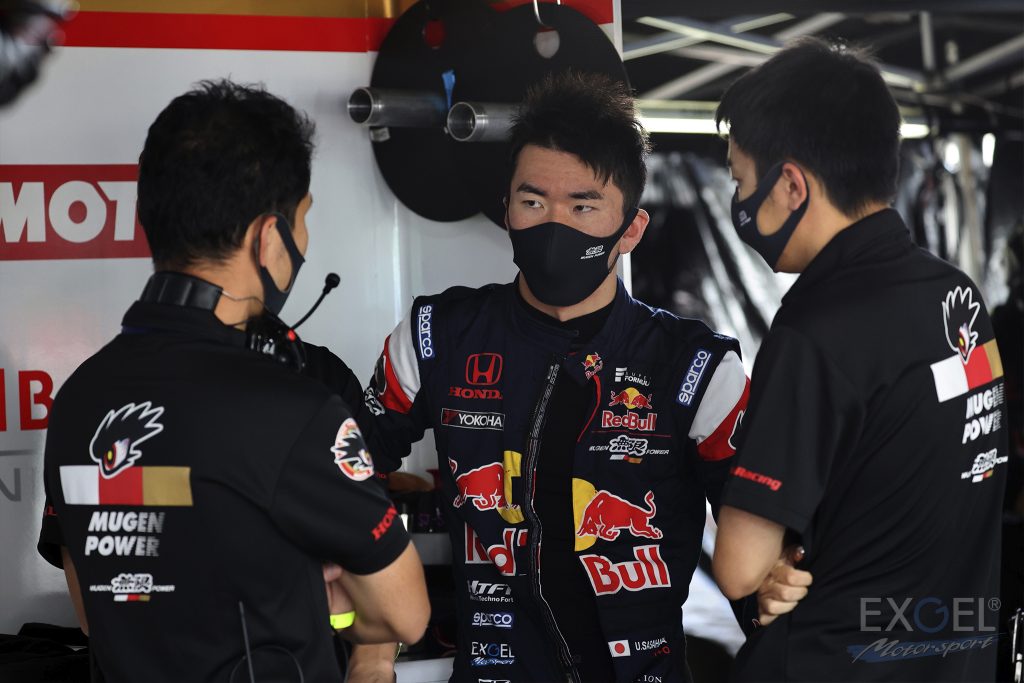 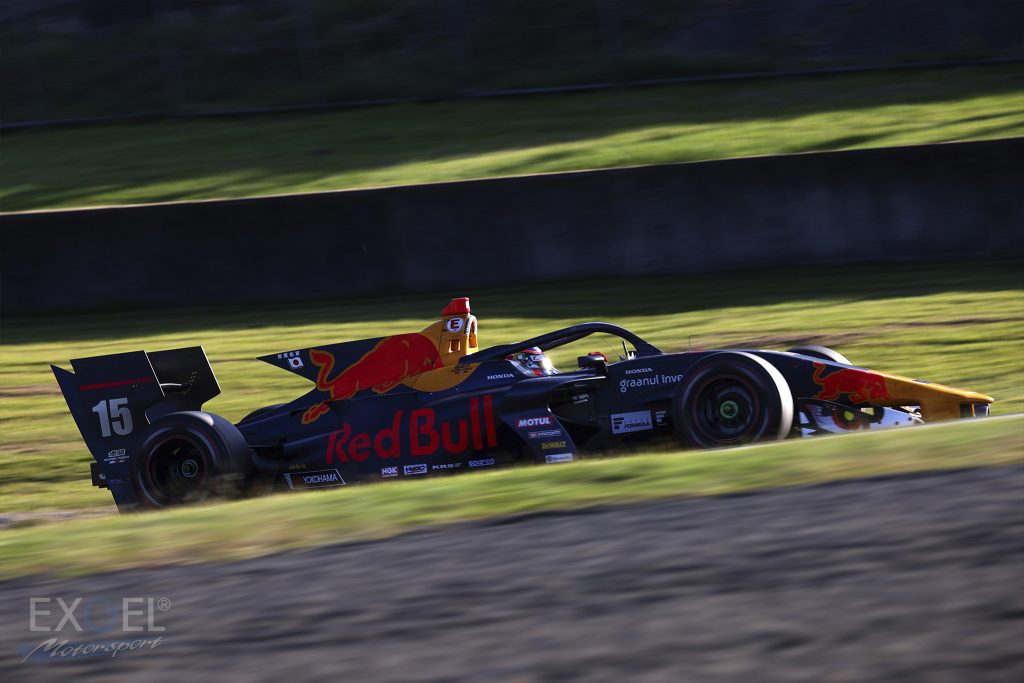 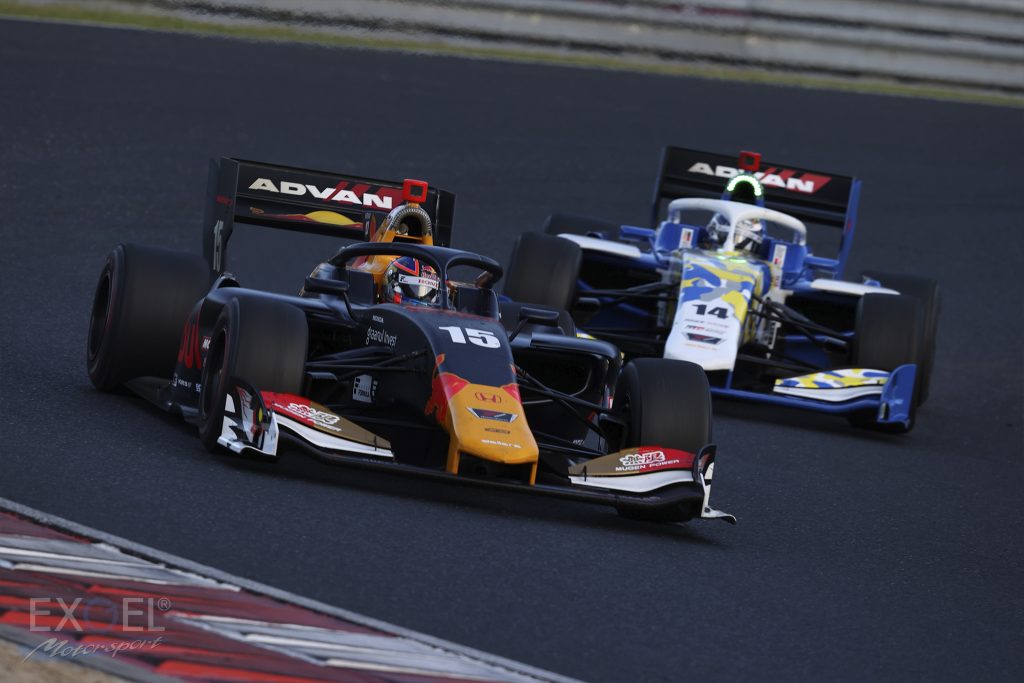 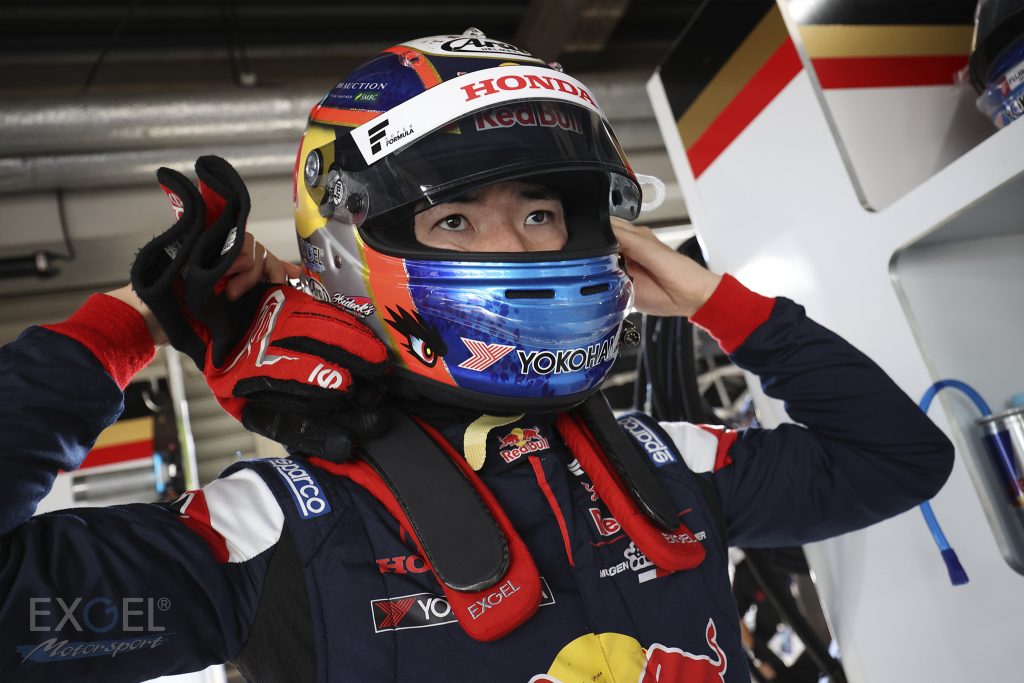 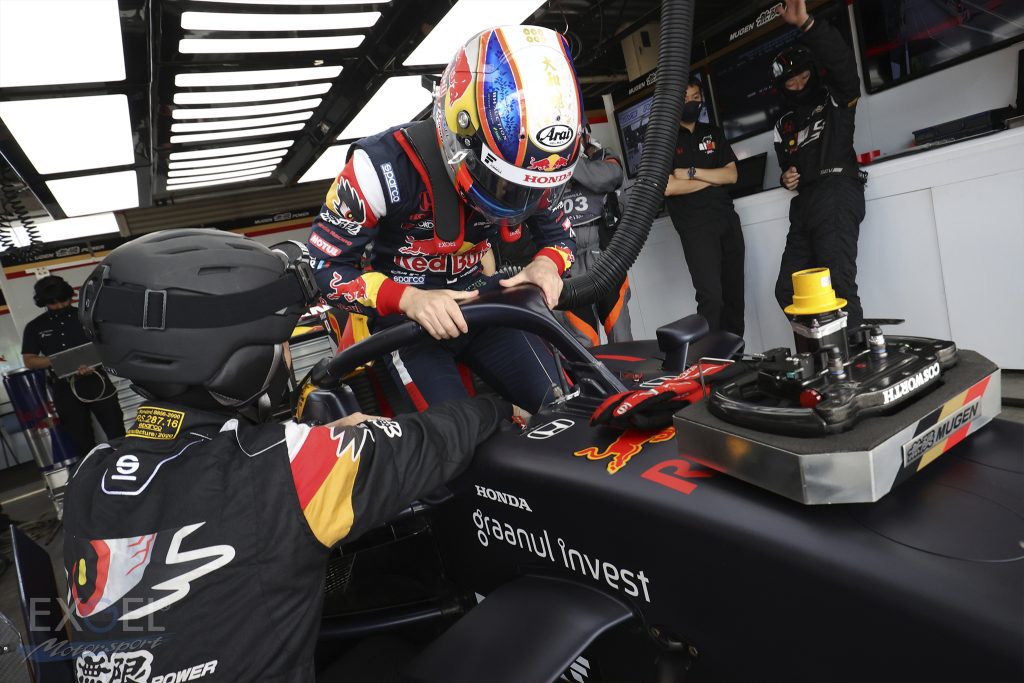 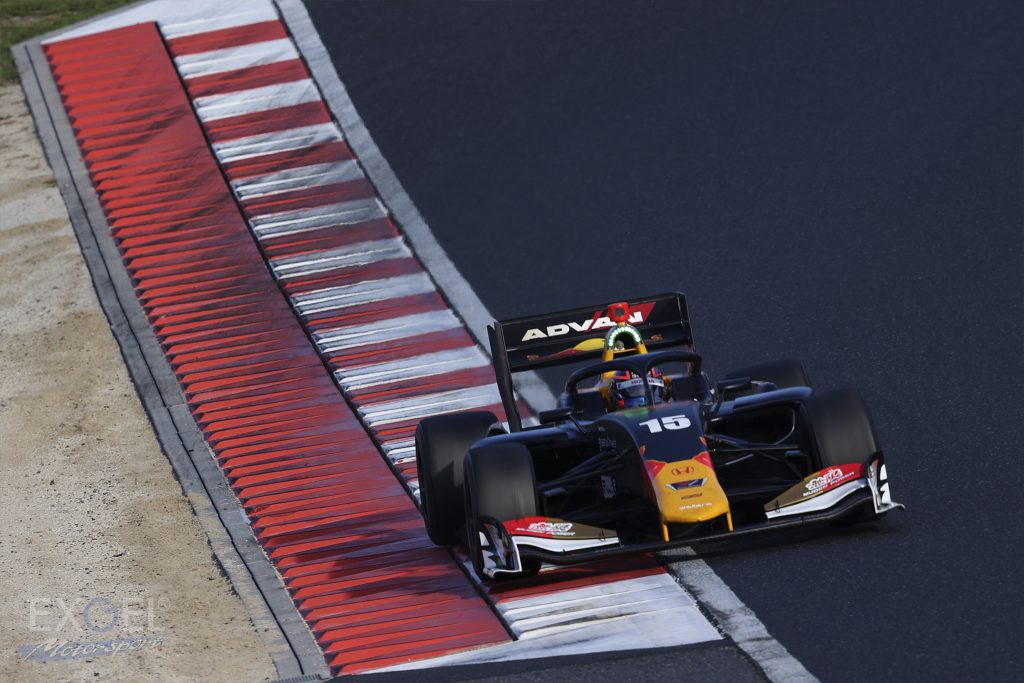 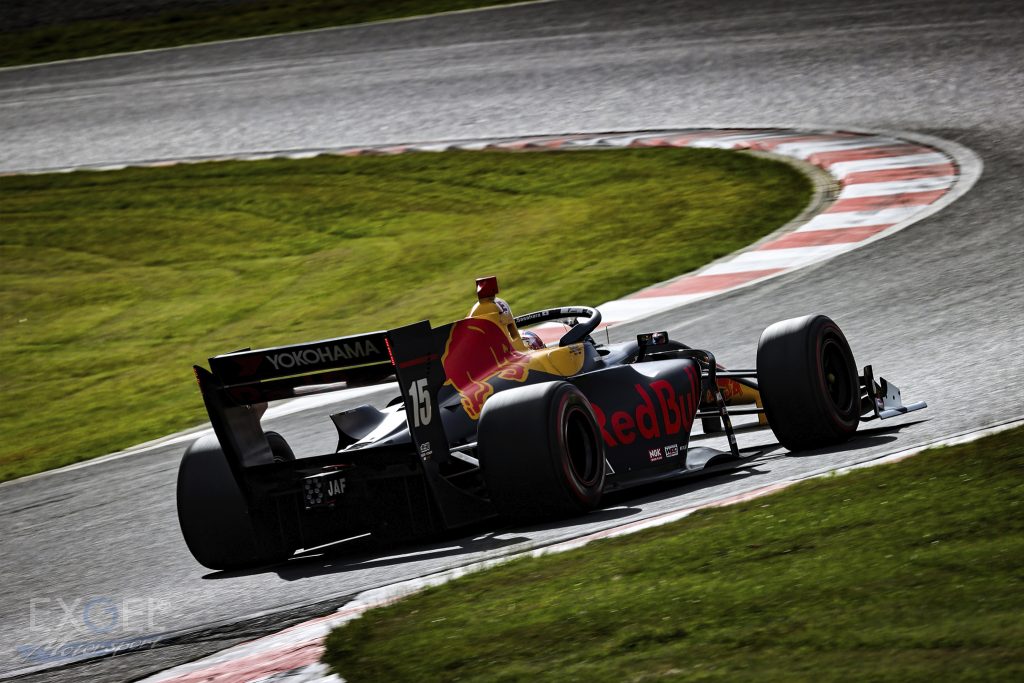 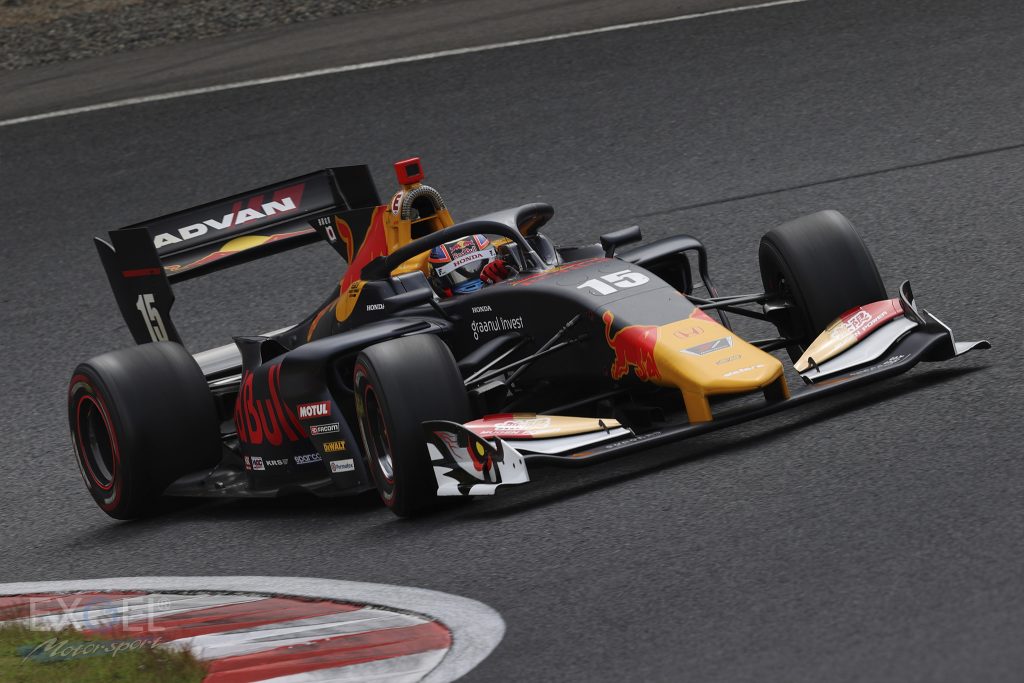 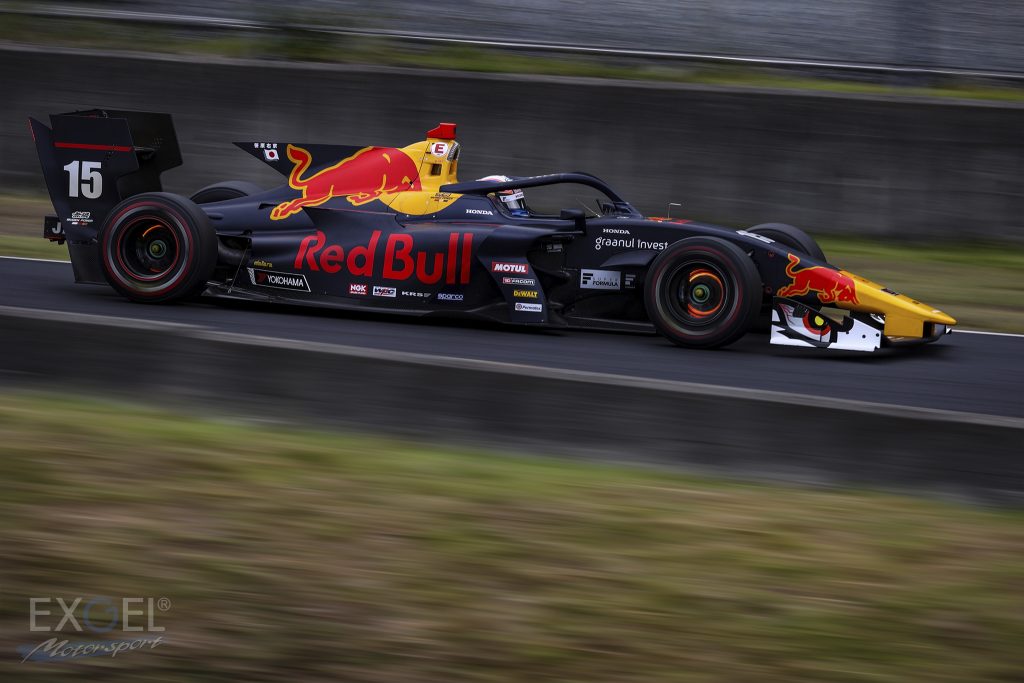 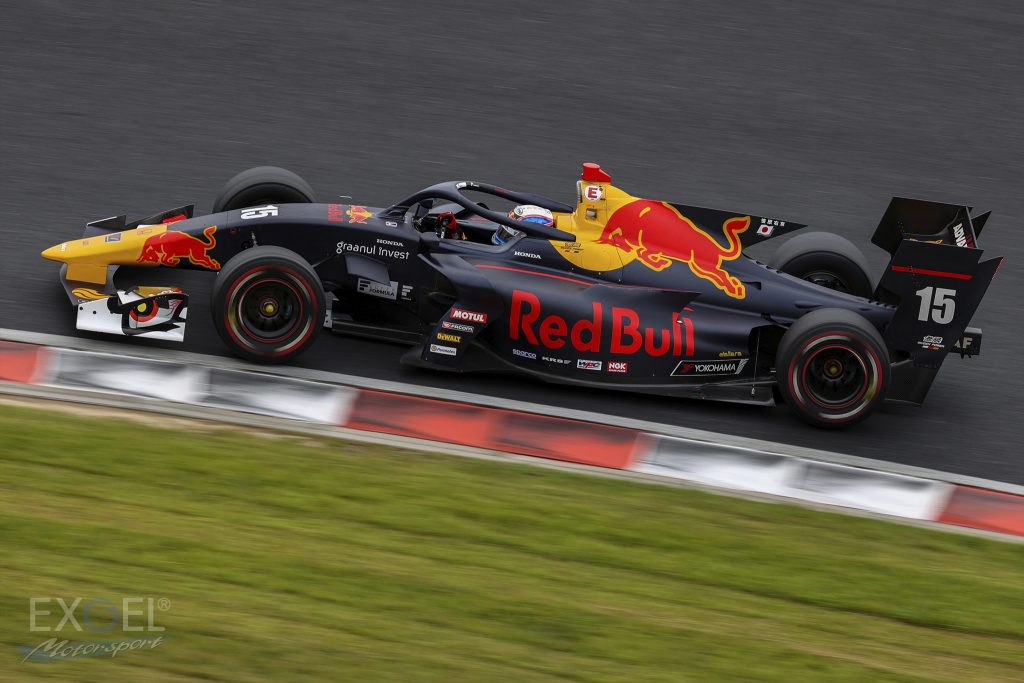 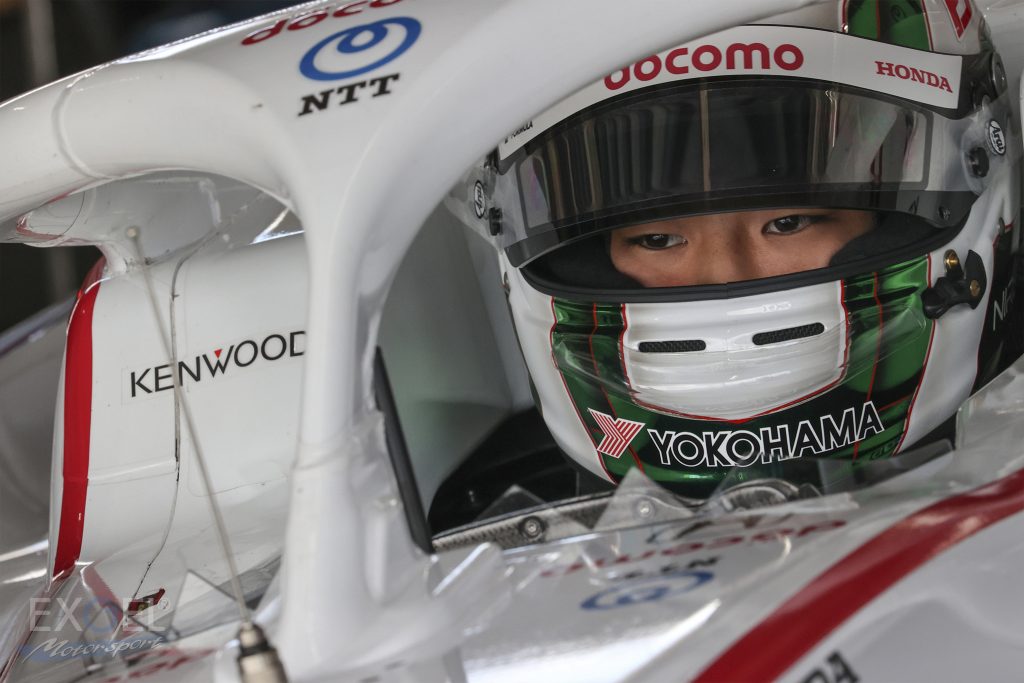 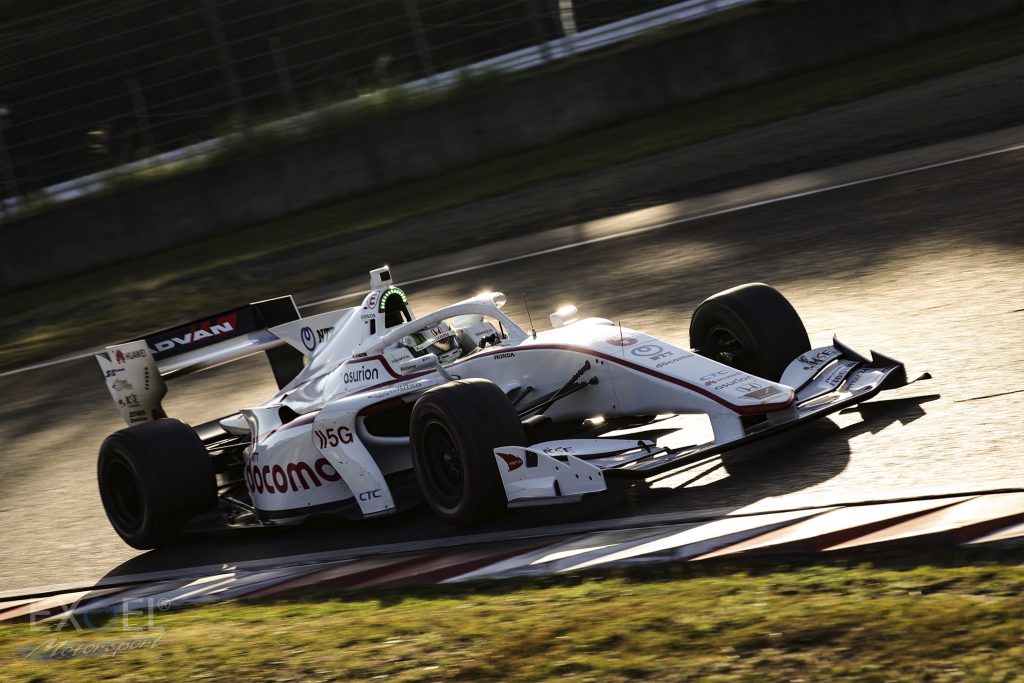 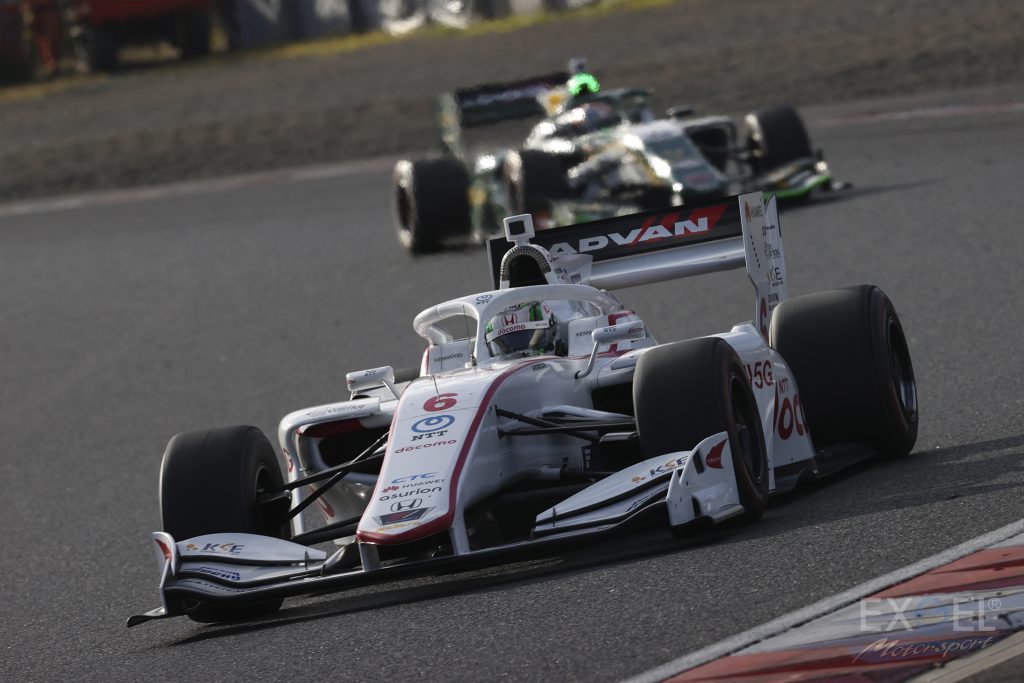 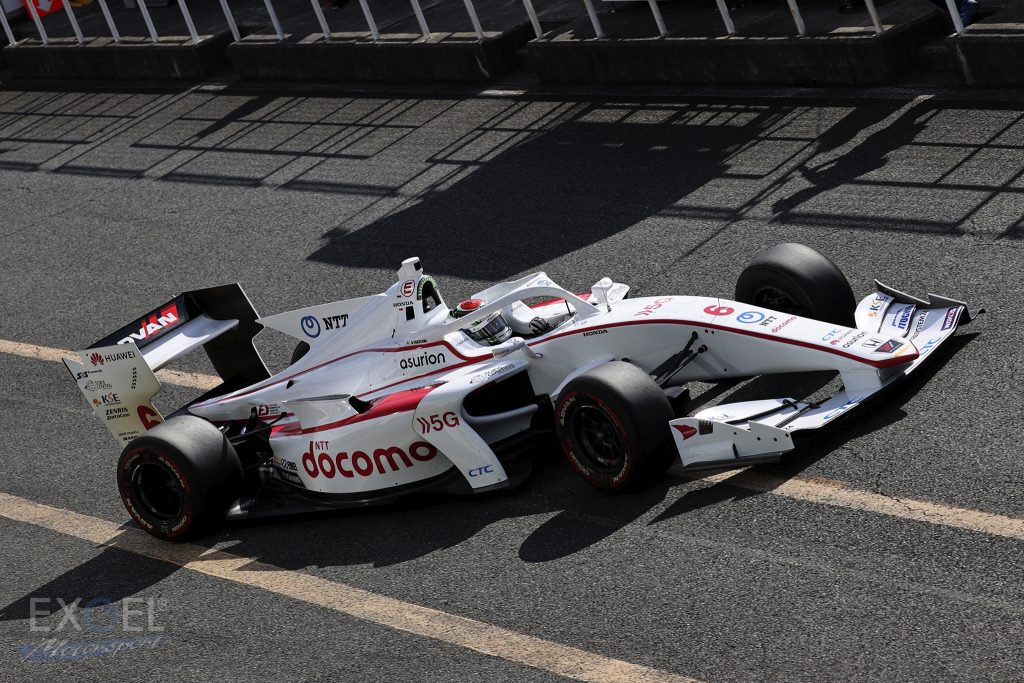